I don’t know if I’d let Lena babysit my kids or grandkids.

A year before controversy surrounding her memoirs surfaced, HBO star Lena Dunham posted on Instagram a photo of her sister Grace, then five years old, made up with red lipstick, fake breasts, and bearing the caption, “#tbt that time I dressed my 5 year old sister as a Hell’s Angel’s sex property #1997.”

The picture surfaced as Dunham recounted in a collection of essays that, when Dunham was seven, she spread open her one-year-old’s sister’s vagina. Dunham also recounts that at the age of 17, she masturbated while sleeping in the same bed as her younger sister.

“I shared a bed with my sister, Grace, until I was seventeen years old,” Dunham wrote inNot That Kind of Girl. “She was afraid to sleep alone and would begin asking me around 5:00 P.M. every day whether she could sleep with me… Her sticky, muscly little body thrashed beside me every night as I read Anne Sexton, watched reruns of SNL, sometimes even as I slipped my hand into my underwear to figure some stuff out.” 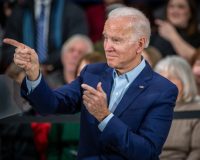