A little rebellion for breakfast this morning.

HOUSTON, Texas — In 2013 Texas passed the Merry Christmas Law, which allows teachers and students to openly celebrate Christmas and Hanukkah at school without fear of retribution. Now other states appear to be following in Texas’ footsteps with the introduction of similar legislation.

According to Dwayne Bohac (R-Houston), one of the lawmakers who helped pass the bill, Missouri and Tennessee have already passed comparable legislation. In eight other states, similar bills have been filed in one chamber or the other.

“It’s the first anniversary of Texas’ bill,” Bohac told Breitbart Texas. “We want to get a national debate going and inspire other states to pass their own versions of the Merry Christmas bill.”

Bohac was inspired to pass the Merry Christmas bill after noticing a string of lawsuits resulting from teachers celebrating religious holidays in school.

“Texas has a history of school districts landing in lawsuits for teachers handing out candy canes or writing Christmas expressions on military cards going overseas,” he said. “I have also heard from teachers saying that the school district had told them not to use red and green colors at parties….Some were even told not to put pictures Santa Clause in the classroom because they could be construed in some way as state-sponsored religion.” 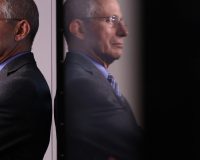