So much for Obama’s pen and phone. Trump’s not wasting any time.

Getting things done can be thirsty work! 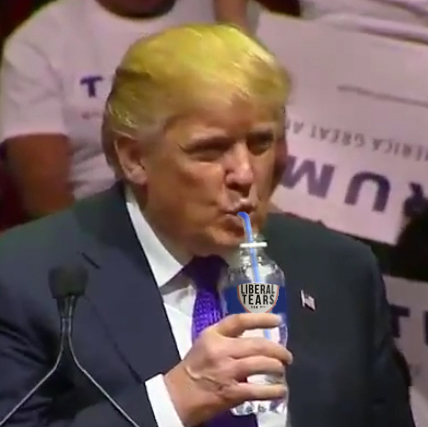 Federal Hiring freeze? No more growth Bureaucratic bloat while departments are in transition. (We noticed Obama trying to stack the deck against Trump with a flurry of last-minute hiring.)

In 1984, then-President Ronald Reagan imposed an anti-abortion rule — known as the “Mexico City policy” after the city where he announced it. The rule blocked federal funding for international family planning charities unless they agreed not to “promote” abortion by, among other actions, providing patients with information about the procedure or referrals to providers who perform it. (History of the policy here.)

Withdrawal of TPP? He said he would do this. And he is making good on his election promises.

A politician that follows through on his promises? Amazing! Someone tell Barack that ‘Yes Trump Can’ (even if Obama failed on many of his key promises… Like Gitmo.)

That’s what happens when

a) your promises are realistic

b) you aren’t a pussy

If someone you know is more like Obama than The Donald? There’s still hope. Put THIS in his hands: