Remember ‘Bring Back Our Girls’? Obviously not.

You care… long enough to shoot off a hashtag, or wave a sign for an hour or two.

And then you go back to your little self-absorbed lives. Life as a social justice warrior must be really tough. 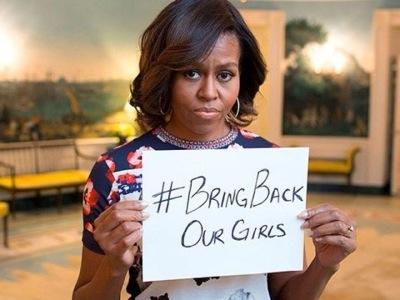 Forced to convert from Christianity to Islam. Used for sex. Some were sold. Starved. Those who found their way back to freedom were skeletal when they were released.

But you feel the need to march. One day after an inauguration. To tell us what democracy ‘looks like’.

Maybe you could speak up about REAL women’s rights. What about the gender-selective abortion meaning that in many countries girls never even get to take their first breath… for no other reason than they are less valued than sons.

Typically carried out by a traditional circumciser using a blade, FGM is conducted from days after birth to puberty and beyond. In half the countries for which national figures are available, most girls are cut before the age of five.[5] Procedures differ according to the country or ethnic group. They include removal of the clitoral hood and clitoral glans; removal of the inner labia; and removal of the inner and outer labia and closure of the vulva. In this last procedure (known as infibulation), a small hole is left for the passage of urine and menstrual fluid; the vagina is opened for intercourse and opened further for childbirth.[6]

The practice is rooted in gender inequality, attempts to control women’s sexuality, and ideas about purity, modesty and beauty. It is usually initiated and carried out by women, who see it as a source of honour, and who fear that failing to have their daughters and granddaughters cut will expose the girls to social exclusion.[a] The health effects depend on the procedure; they can include recurrent infections, difficulty urinating and passing menstrual flow, chronic pain, the development of cysts, an inability to get pregnant, complications during childbirth, and fatal bleeding.[6] There are no known health benefits.[9]

What about this article stating that 3,000 girls are being sold on ISIS sex slave market (and a market only works when there are buyers).

The UN confirms it, too. 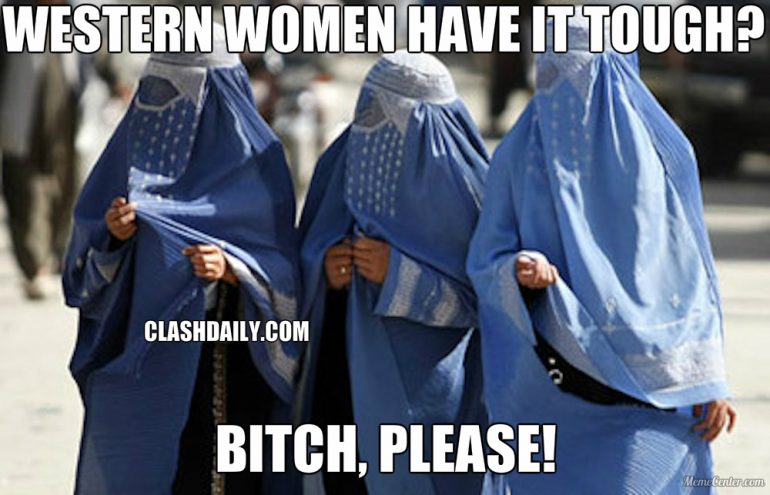 In fact, in Syria, women were committing suicide rather than fall in to the rape-y hands of Assad’s troops.

The freedoms we enjoy in America are the envy of most every other country in the world.