It figures. We’ve been cleaning up their OTHER disasters for years.

They came to Washington. They marched. They scolded us.

They shouted and screamed. They had their tantrum.

And, like all other displays of toddlerhood? They left a mess behind for the grown-ups to clean up.

Here is the mess: 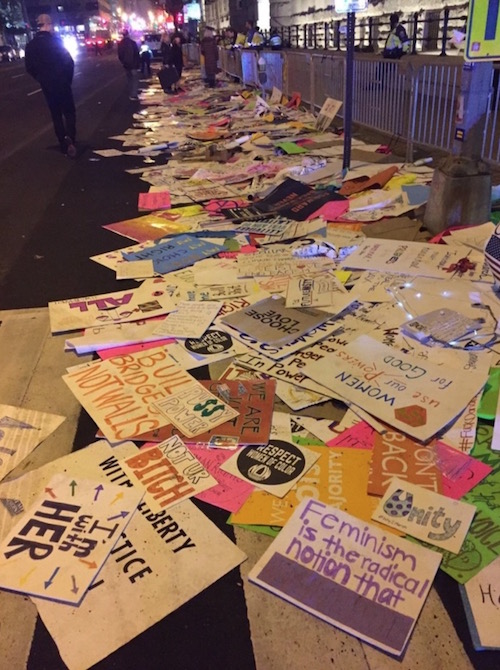 Here it is again:

Seeing this pic all over time lines. How can leaving signs as trash all over be 'beautiful'?? – "Beautiful end to the #WomensMarch" pic.twitter.com/vrvw7yT7zG

And who cleaned it up? Who do you think?

The same folks who clean up all the OTHER liberal messes.

Flashback: here’s a comparison between the trash left behind after a CONSERVATIVE event (Tea Party) vs clean-up after Obama’s Inauguration.

It wasn’t pretty then, either. These spoiled brats have a long history of leaving things WORSE than when they found it.

But really, liberals… would you please lecture us some MORE about pollution. You hold that moral high ground so very well.