You don’t even have to know any Spanish to appreciate this post.

Donald Trump will not be ‘El Presidente,’ judging from the website his White House launched on Friday.

The new whitehouse.gov, unlike the online home of the Obama administration, has no Spanish-language content.

The newly minted president made a point during the Republican primary season of his preference for immigrants to learn English, mocking former Florida Gov. Jeb Bush for speaking Spanish on the campaign trail.

‘We have a country where to assimilate, you have to speak English,’ Trump declared during a September 2015 debate.

Then-candidate Trump told ABC News weeks earlier that ‘while we’re in this nation, we should be speaking English.’
Read more: Daily Mail

Here’s what you get if you look for the Spanish White House page: 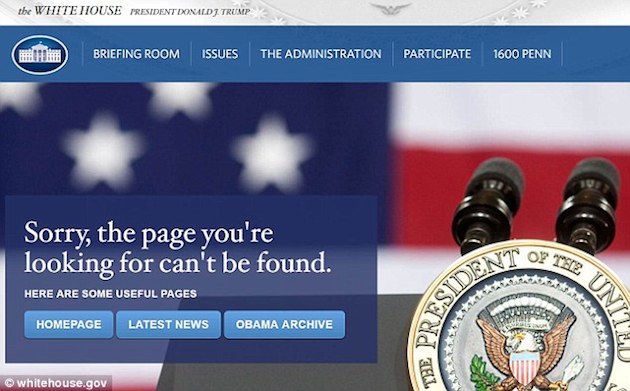 It’s where everybody brings their own best contributions to culture… and then blends them together in one big patriotic America-loving pot.

If you aren’t interested in English, our dominant language, or our institutions..?

There are other FINE countries down the road you might want to check out.