It’s been 8 FREAKING years of being shoved to the Left by Presidential ‘Edict’– against the will of the country. Are you glad this crap is almost over? 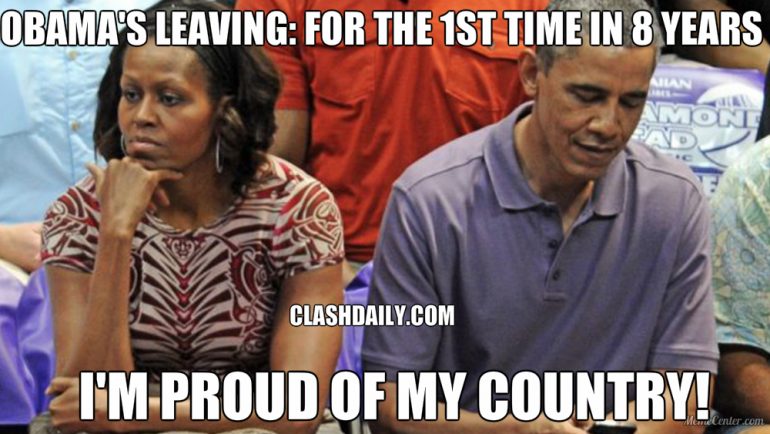 Aren’t you happy that all of this BS is going to be over soon?

Barack and Michelle, there’s only one thing left to say:

This is going to be GREAT.