From a golf course somewhere, Barry keeps his word and is speaking out on President Tump’s Executive Order.

With the Media (D) pushing the ‘Muslim ban’ narrative and George Soros funding the ‘protests’, Obama releases a statement.

‘President Obama is heartened by the level of engagement taking place in communities around the country,‘ according to a statement released by his post-presidential office.

‘Citizens exercising their Constitutional right to assemble, organize and have their voices heard by their elected officials is exactly what we expect to see when American values are at stake,’ Obama said…

…Obama, who has reserved the right to jump into the political fray when ‘core issues’ are at stake, invoked ‘comparisons to President Obama’s foreign policy decisions.’

‘With regard to comparisons to President Obama’s foreign policy decisions, as we’ve heard before, the president fundamentally disagrees with the notion of discriminating against individuals because of their faith or religion,’ according to the statement…

…Obama criticized any immigration policy that discriminates by religion in mid-November after Democrats lost the White House.

‘And so we have to, each of us, do our part. And the United States has to step up and do its part. And when I hear folks say that, well, maybe we should just admit the Christians but not the Muslims; when I hear political leaders suggesting that there would be a religious test for which a person who’s fleeing from a war-torn country is admitted, when some of those folks themselves come from families who benefitted from protection when they were fleeing political persecution – that’s shameful,’ he said.

‘That’s not American. That’s not who we are. We don’t have religious tests to our compassion.’
Read more: Daily Mail

But perhaps ideological ones…

(Take that Cuban Floridians that dared vote Republican! You should have loved your Communism!)

And fortunately, Barry, this isn’t a ‘religious test’.

This is about borders and security — two things that didn’t seem to matter for the past 8 years.

These were countries that the previous administration had identified as ‘countries of concern’.

If it’s ‘Muslim ban’, and that’s Islamophobic, then why did the previous administration list these countries as ones of ‘concern’? Isn’t that also Islamophobic?

What about when the Iraqi refugee ban was put in place, was that Islamophobic?

Or dropping tens of thousands of bombs on countries that are predominantly Muslim?

And why, oh why, were Syrian Christians not given priority as refugees because they are a persecuted religious minority?

There was a guy who said something about ‘one President at a time’:

And now it doesn’t fit his purpose to ‘community organize’ the entire United States.

How does he expect to run a ‘shadow government’ if he’s not trying to undermine the sitting President.

ClashDaily readers were happy to not hear or see the Obamas.

Oh to return to those heady days of last week.

Because, Barry, your Presidency is 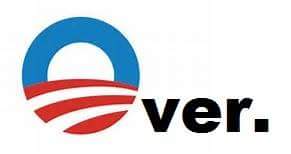