Sears and K-Mart have taken an antagonistic tone towards the HALF of the country that voted for President Trump. Eddie Lampert, CEO of Sears explains why.

Milo Yiannopoulos, whose invitation to speak on campus sparked the recent Berkeley riot, graciously permitted the CEO of Sears Holdings to use his column to explain the situation to conservatives.

Hi folks! Eddie Lampert, CEO of Sears Holdings here! I’ve been reliably informed that everyone who’s anyone in conservative America reads MILO, and he has been gracious enough to lend me his column today to send you a simple message — Sears and our other failing brand K-Mart fucking hate your half of the country!

We’re not the first company to think of this innovative customer relations strategy. Nordstrom took the bold first leap into openly shitting on their own shoppers by dumping Ivanka Trump’s clothing line — but be realistic conservatives, that particularly racist cissexist misogynistic antisemitic transphobic fatphobic treephobic icecreamphobic autoerotasphyxiaphobic hate-mongering member of the first family had it coming. Never mind that she is a woman married to a Jewish man, just trust my virtue-signalling!

It makes sense for Sears and K-Mart to dump the Trump Home Collection. In fact, I’m struggling to figure out why we didn’t do it sooner. I guess we can’t be accused of being the rocket scientists of the retail world. Just think of the advantages this presents. We’re closing 150 stores by April. If we didn’t piss off half of America with a move against the democratically elected commander in chief and his family, imagine how crowded our remaining stores could be!… 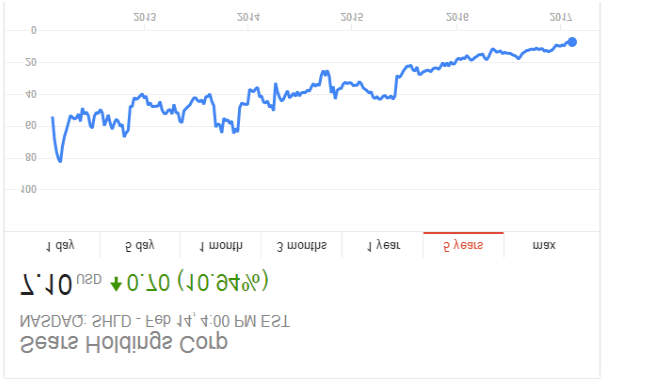 …Beyond the numbers, dumping Trump is going to make us feel damn good. We will be able to bask in the glow of Hollywood liberals, who we stand beside in making empty gestures against the President of the United States. Heck, maybe J.K. Rowling will like this move so much, she’ll write me in as the next Headmaster at Hogwarts!

Let’s be honest — we at Sears Holdings have to put feelings before facts. Our stock has cratered in the past six months from almost $18 to $7, and I can’t bear to look at a chart that goes back further. If you did something crazy like read this report from FOX Business, you’d see we are doing terrible by every conceivable retail metric. Falling revenue, terrible comparable store sales and questionable survivability. We’ve pumped $12 billion into Sears Holdings to keep the lights on, and I have to keep loaning my own company money to make suppliers feel comfortable sending us products to put on the shelves.

Some companies facing hard times will carefully examine the market and build a business plan that doesn’t actively antagonize half of the country.

And if you didn’t realize it — that wasn’t actually Eddie Lampert, CEO of Sears Holdings.

(I know it’s hard to tell with Liberals these days. They only seem to make sense about a third of the time and those are usually just the verbs.)

This is why Milo has a following. (That, and his fabulous hair.)

Unlike Liberals these days, Milo has a sense of humor and knows when to employ it.

The company that is holding itself together with chewing gum, duct tape, hope, and wishes is dumping the Trump line of products to ‘virtue signal’ how anti-Trump and progressive they are.

It’s also to remind Americans that they despise the ones that dared to vote for him.

How are YOU going to react?

Report: Common Anti-Parasite Drug Might Be Able to Kill Coronavirus In Only 48 Hours
April 5th, 2020 Flag And Cross

Trump on Why He’s Not Forcing Nationwide Lockdown: ‘We Have this Thing Called the Constitution’
April 5th, 2020 The Mental Recession

Biden Tries To Slam Trump, But Cruz Takes Him To Truth Town
April 6th, 2020 The Lid