Warning: some of our readers are about to be ‘smitten’. Not just because she’s a looker, either.

Is she gorgeous? Absolutely. But that’s just the beginning.

This woman of principle does not spend her days taking shots of her food for social media.

As reported in the Mirror:

A Danish student who gave up her studies to fight ISIS believes she has a $1million bounty on her head but claims she is being treated as “a terrorist” back home.

Joanna Palani, 22, claims to have killed 100 militants during battles in Iraq and Syria as a crackshot sniper.

She also says she freed a group of women and children being held as sex slaves by ISIS and then taught them how to become soldiers and fight back.

Born in a refugee camp, this Iranian Kurd came to Copenhagen as a toddler. She grew up loving firearms. When she was old enough, she left to join the fight… for the GOOD GUYS! 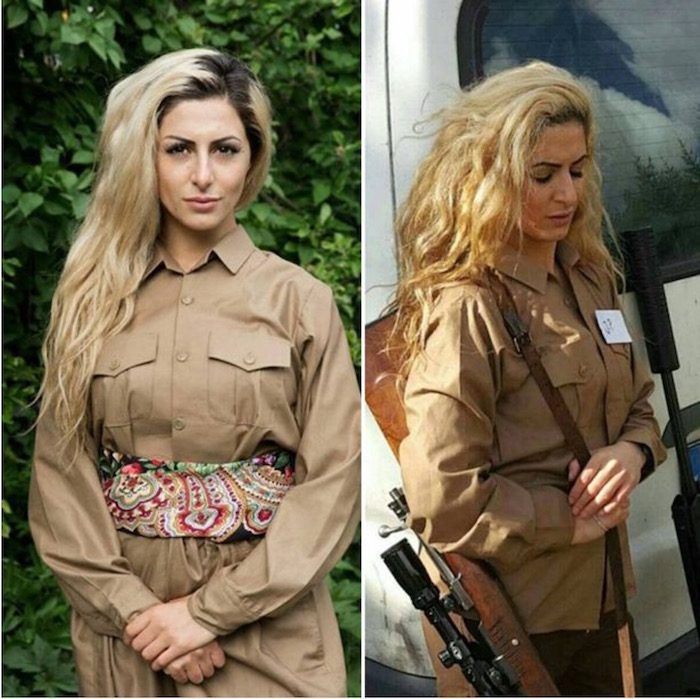 ‘ISIS fighters are easy to kill,’ she says. 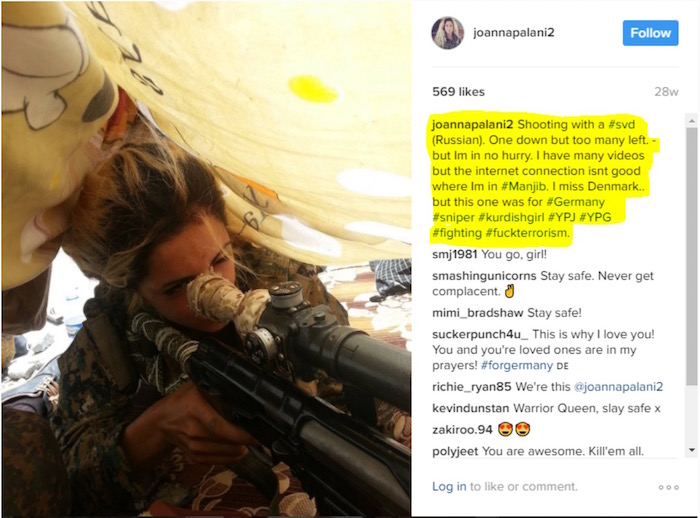 After seeing her pics — We don’t doubt it. 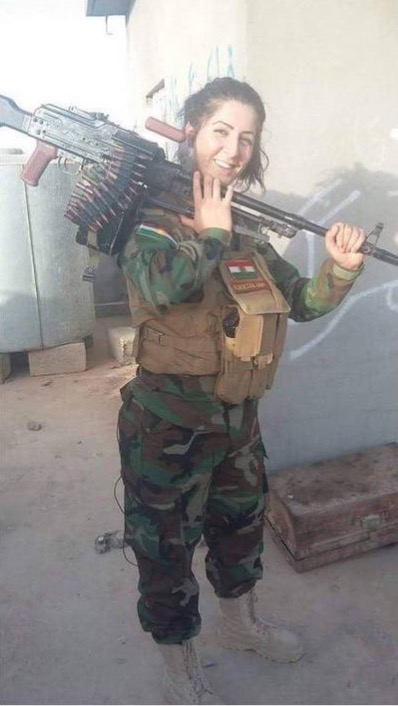 She’s not the kind of girl who obsesses about the right belt for her shoes. She’s got a belt-fed weapon.

So, how has Denmark thanked her? It’s Europe. What do you THINK they did?

They arrested her. For killing ISIS soldiers.

Palani is the first foreign fighter to be jailed under new passport laws and is currently being held in Denmark’s largest prison, Vestre Fængsel in Copenhagen.

…Her lawyer, Erbil Kaya, noted the irony of seeking to prosecute someone who fought on the same side as Danish troops and other coalition forces while the government seeks to rehabilitate returning Isis fighters.

…Returning Isis fighters have benefited from the so-called Aarhus model of reintegration and deradicalisation instead of custodial sentences. Under the Aarhus model, returning fighters are assigned mentors, psychological counselling and are helped to apply for jobs or to resume education.

Let that thought sink in.

This wonderful young woman … who RESCUED Sex Slaves … faces charges, while those who TOOK sex slaves will be offered ‘reintegration’.

THIS is why we lose.