Representative Matt Krause of Texas has introduced a bill to limit no-fault divorce in that state. it is time to put up or shut up about family breakdown.

The Ruth Institute has a petition that anyone can sign. It just says we support Rep. Krause’s effort to limit no-fault divorce. You do not have to live in Texas to sign it.

Conservatives complain and wring their hands over “losing the culture wars.”

We can’t honestly complain about losing a battle we never even fought.

“Kids need a mom and a dad,” the constant mantra of the pro-marriage movement, is not nearly strong enough. “Kids need their own mom and dad,” is the truth, the whole truth and nothing but the truth.

I’m sorry to get in your face about this. But children are entitled to a relationship with both parents, unless some unavoidable tragedy takes place to prevent it.

These are the divorces that no-fault protects. When people say, “but we need no-fault divorce because fault is too hard to prove,” adultery and selfishness are sneaking in the backdoor.

No-fault divorce is un-Biblical. See Matthew 19. Don’t whine to me about the so-called “exception clause,” aka “escape hatch big enough to drive a Mac Truck through.”

Why were people against gay marriage? I don’t know about you. But I know why I was. I saw that it would harm children’s legally-recognized rights to have a relationship with both parents.

We at the Ruth Institute were virtually alone in the “Marriage Movement” in arguing this way. And I am pretty sure I know why. Once you say, “Kids have a right to their own parents,” you have to be willing to start talking about divorce, single-parenthood and donor conception. Most of the Marriage Movement bobbed and weaved to avoid these topics.

The Ruth Institute did not. I am grateful to our supporters who have stood by us as we made these arguments. I am not ashamed to say:

The Gay Lobby accused us of hypocrisy, saying we didn’t really mean it about any of those other topics. We just really hated gay people. Divorce and single-motherhood and all the rest were just window dressing.

What about you? Will you sign our petition, supporting Rep. Krause and his divorce reform? 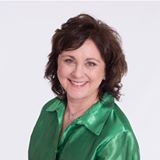 Jennifer Roback Morse Ph.D. is Founder and President of the Ruth Institute, a global non-profit organization, dedicated to creating a Christ-like solution to family breakdown. Visit on-line or on Facebook.