February is Black History Month, and yet, there is still so much ignorance about THIS aspect of Black History. Let’s fix that. 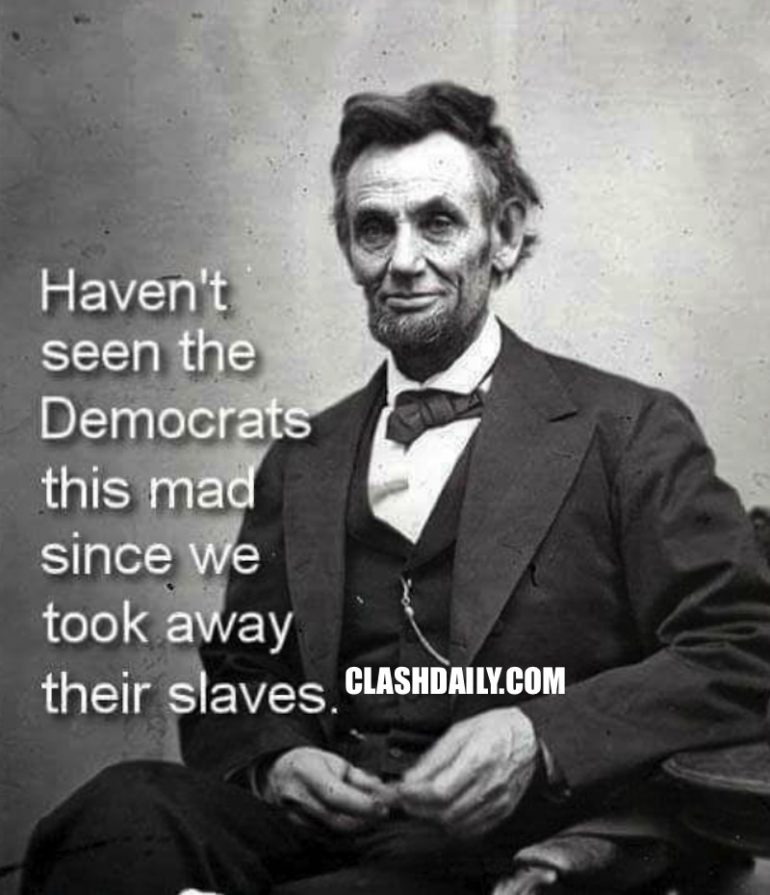 Astoundingly, Democrats are seen as the party that is pro-African American.

They thrive on ‘identity politics’ — dividing people into small, special interest groups promoting their agendas, rather than the unifying ideals that Republicans hold as their standard.

The Democrats have ‘white-washed’ (see what I did there?) their racist history.

Here at ClashDaily, we’re not going to let that one go.

In 1857, the Supreme Court, with seven of the nine justices being Democrat, decided that Dred Scott was not a citizen, but property. Chief Justice Roger Taney, appointed by Democrat President Andrew Jackson, referenced in his decision that slaves were “so far inferior … that the Negro might justly and lawfully be reduced to slavery for their own benefit.”

After the Civil War, Republicans pushed through the 13th Amendment, adopted Dec. 6, 1865, officially abolishing slavery in America. Once Southern Democrats were forced to free their slaves, they effectively attempted to re-enslave them by passing “black codes” and “Jim Crow” laws, which required former slaves to be “apprenticed” to “employers” and punished those who left.

On Nov. 22, 1865, Republicans denounced Mississippi’s Democrat legislature for enacting “black codes,” which institutionalized racial discrimination, even stating: “No freedman, Negro, or mulatto shall carry or keep firearms or ammunition.”

On Feb. 5, 1866, Republican Rep. Thaddeus Stevens introduced legislation to give former slaves “40 acres and a mule,” but Democrats opposed it, led by President Andrew Johnson. On April 9, 1866, Republicans in Congress overrode President Johnson’s veto and passed the Civil Rights Act of 1866, conferring rights of citizenship on freed slaves.

To force Southern states to extend state citizenship rights to former slaves, Republicans in the U.S. House passed the 14th Amendment, May 10, 1866, as did the Senate, June 8, 1866. One hundred percent of Democrats voted against it.

Republican Rep. John Farnsworth of Illinois stated, March 31, 1871: “The reason for the adoption (of the 14th Amendment) … was because of … discriminating … legislation of those states … by which they were punishing one class of men under different laws from another class.”

And it just goes on.

DEAR DEMOCRATS: You Haven’t Changed Since The Days Of SLAVERY – Here’s PROOF

And it hasn’t really changed.

Look at how Hillary spoke about glowingly about her ‘mentor’ Sen. Robert Byrd, former KKK Recruiter.

BUSTED: Hillary’s HOPING To God You & Trump DON’T SEE This Video Of Her…

If you still think that dividing people into little groups is the way to go, you really need this: