Sedentary lifestyles are not good for you. Just ask the death-row inmate who spent most of the last 20 years in solitary.

His weight doubled over that time, to about 400 lbs.

As a result, he reportedly developed “high blood pressure, diabetes and high cholesterol.” Williams’ body mass index is in the “extreme obesity range,” according to ArkansasOnline.

The guy who beat, choked, raped and murdered a mother of two is using the ‘cruel and unusual suffering’ argument to seek mercy from the courts.

And that’s another one of our meters busted.

What’s the matter here? Is there a maximum safe dose for LETHAL INJECTION? Can’t they just scale the dosage?

If lethal injection doesn’t work out? There’s always ‘Plan B’.

In Arkansas? THIS is ‘Plan B’: 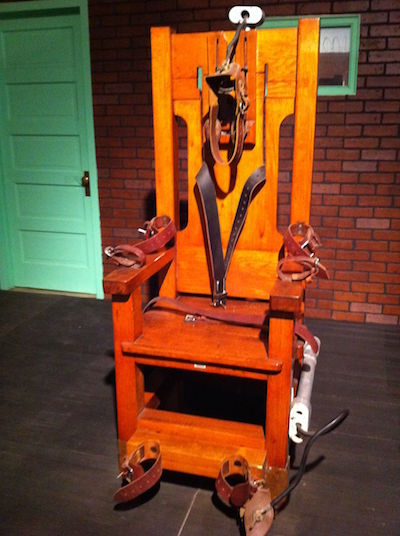