The fight over the lyrics to the Canadian National Anthem has been a long one. The ‘Progressives’ won and it’s crap.

Canada’s going to hell in a handbasket.

They just passed a bill that is essentially an Islamic Blasphemy Law.

They have ‘Human Rights Tribunals’ which are a bunch of Kangaroo Courts that monitor speech. Polemicists Ezra Levant and Mark Steyn were grilled for hours by the tribunals for publishing the Danish cartoon of Mohammed in Canadian publications and appeared at a Parliamentary subcommittee on Justice and Human Rights.

Because ‘Diversity is our strength‘.

The Canadian national anthem isn’t tremendously stirring to begin with, but the Justin Trudeau Liberal government is making sure that it’s going to be craptacular by making it ‘Gender Inclusive’.

Canada is such a weird place.

The progressives up there are so busy trying to outdo each other in their ‘progressiveness’ that it gets in the way of actual governance.

The Trudeau government is so keen on being ‘green’ that they’ve proposed a tax on breathing — ok, so it’s not quite at that level, but it is a ‘National Carbon Tax’. It would mean a tax on literally everything. And the proceeds would go toward ‘fighting climate change’ whatever that means. And it’s not sitting well with voters.

As outrage builds, it’s time for the Liberals to deflect.

The Liberals have put forward a bill that was crafted by a progressive activist to change the lyrics to the national anthem.

The bill was the final one introduced by Maruil Bélanger, a Liberal Member of Parliament, who recently died of ALS. Bélanger was known for pushing the French language on the rest of Canada, despite about 20% of the population speaking French only — and mostly concentrated in one province, Quebec. His ‘deathbed wish’ was to see the national anthem purged of its misogyny.

So, of course, Prime Minister Trudeau is championing the bill for his Progressive comrade. 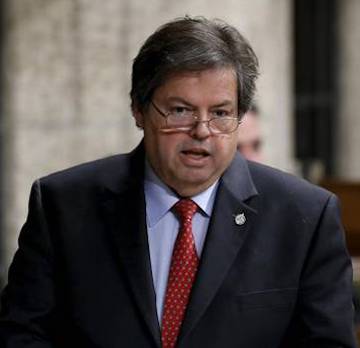 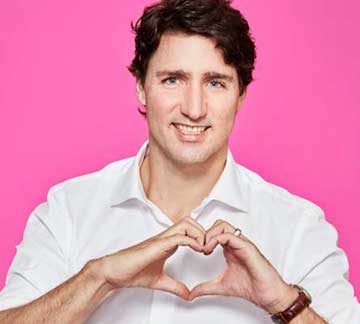 The Canadian parliament is on the verge of passing legislation that would alter the words of its national anthem in order to be more ‘gender-inclusive.’

The bill, which was first introduced last year by the late Liberal MP Mauril Belanger, would change male-oriented stanzas, more specifically the line ‘all thy sons command.’

That phrase would be changed to ‘all of us command,’ according to Heatstreet.

The proposed changes to O Canada have outraged conservatives – and seven[sic] some liberals in Prime Minister Justin Trudeau’s own party – who have blasted the bill as an example of overreach in the name of political correctness.

‘If we are constantly revising everything because it was written in another generation, our national symbols will have no value,’ MacDonald told CBC News.

‘Our history means nothing in this country anymore, and it’s a shame that we’re doing this.’

‘The Senate should not be reticent in defending and preserving the heritage of Canada.’

A Liberal lawmaker, Joan Fraser, agreed with MacDonald, saying that the bill was ‘clunky’.

‘If we’re going to be inclusive about women, what are we going to do about some of the other groups who may find themselves neglected or offended by the wording of our national anthem?’ she said.

MacDonald also raised objections to the fact that the bill only applies to the English language version of O Canada.
Read more: Daily Mail

If you look at the French translation of the anthem, it should be more shocking to Progressives.

Check out the English translation of the lyrics that are still sung in French. It’s pretty active and speaks of faith:

Wow! Faith, Militaristic prowess, property rights… it even mentions the cross! Why can’t they sing that in English?

Contrast that to the pussified English version where Canadians just stand around, apparently:

The English would be changed to this:

Maybe they should just ditch the whole thing and start over.

How about this one:

This one that speaks to Canada’s bright future according to their Liberals:

Or Canada’s attitude to Islamification:

How about this cutesy virtue-signalling tune:

Or maybe Canadians should grab this and start pushing back against their Progressive oppressors: