Here’s a puzzler. They’re all top contenders, each in their own way.

This isn’t just an A-B test case of dumb and dumber.

We have ramped up the difficulty on this one. We have Four Heavyweight Democrat contenders! 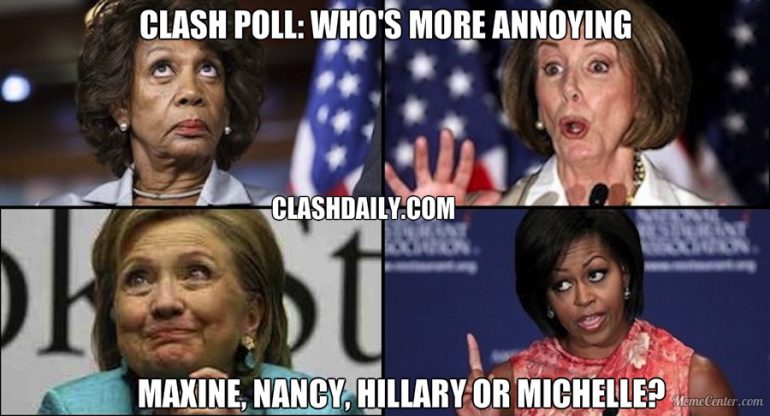 Let’s start with Michelle. Because she’d be pissed if she wasn’t first. It would be racist or something.

In fact, angry is something she does a lot. Have you noticed? Somebody get her a Snickers. 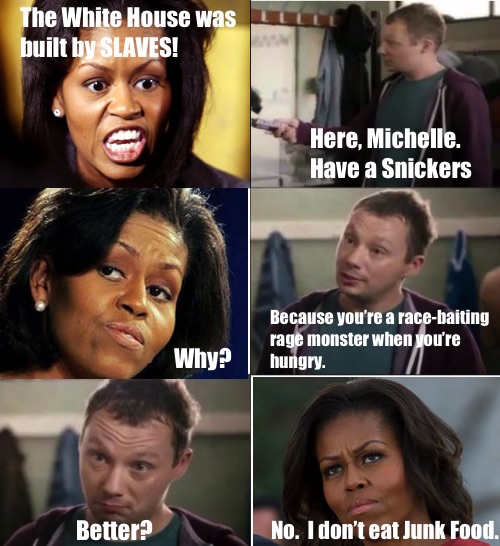 Let’s move from angry to whiny…

Hillary has begun her ‘It Wasn’t My Fault Tour’. The same woman who kept hot sauce in her purse, who once put on a fake accent and said “I don’t feel no ways tired” to a black church, who CLAIMS to own responsibility for the failures of her campaign (most of which, including the email scandal) were entirely of her own making) while trying to blame Russia, Trump (who she can’t seem to bring herself to name) and a whole basket of deplorables.

It’s their fault, you see. And she is taking ownership of her failings by figuring out who to blame for them. How very Clintonian.

Moving on from whiny, we go to Loopy. Nancy Pelosi. How she’s managed to lead her party is anybody’s guess. Probably because she’s got classic ‘Progressive’ instincts. Remember the hot mic moment? “Tell them you’re a Muslim” But now, instead of telling other people what to say, she can barely form a cohesive sentence herself. But don’t take OUR word for it…

Was she drinking? Has she had a stroke?

If a Republican fumbled like that, he’d be compared to a dumb ape.

Going from loopy, we move on to dopey. Maxine Waters.

You might remember her from the James Brown Wig comment. She’s said some dopey things about Trump. About protests. And about abortion.

Did she just say…?

But the most telling thing she ever said — where the mask slipped just a little — would be this exchange with an energy executive.

So, are you ready to lock in your answers?