The Manchester attack happened after HER concert. Will it change her views?

Here is an Instagram photo of Georgina (wearing glasses) when she met Grande in 2015: 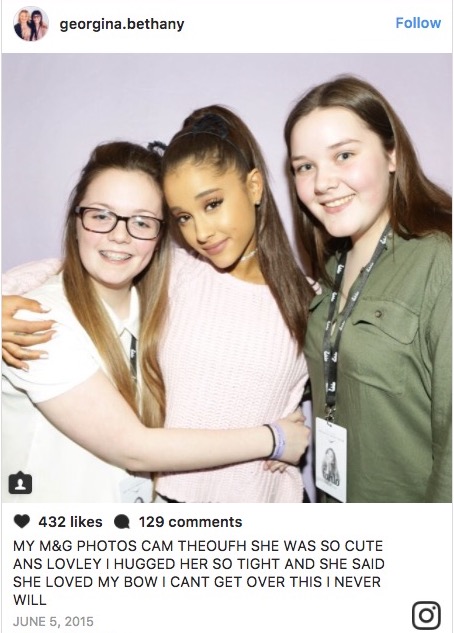 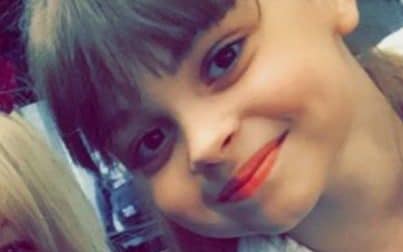 What happens to a star that has made her views CRYSTAL clear about being a pro-refugee, pro-Muslim, anti-Trump, Women’s Marcher? 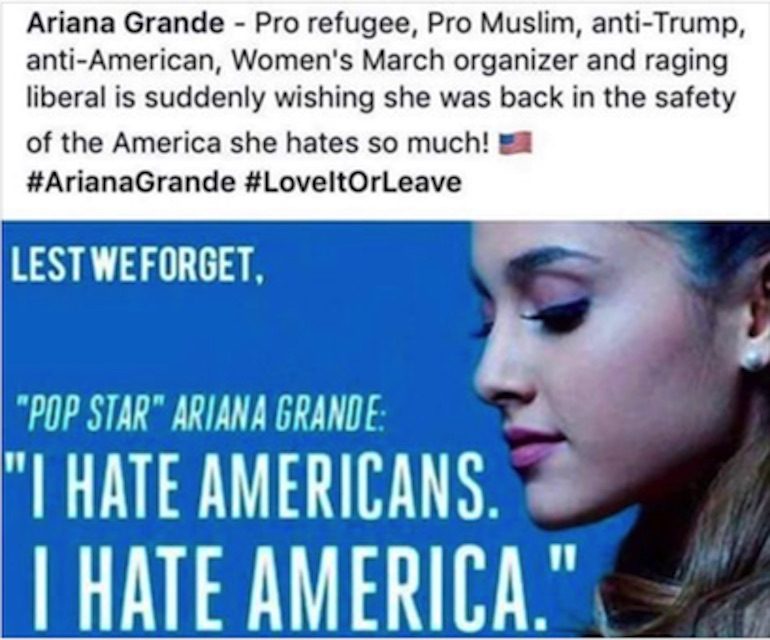 It’s got to have an effect.

Especially when the last thing you said to your fans seemed like a premonition.

One man who took his daughter to the concert said that Grande’s last words to her fans were chilling.

A dad who took his daughter to see Grande’s concert has revealed the chilling last words the pop star’s fans heard before the explosion.

But that’s not as chilling as what she said about her fans in September 2014:

Confidenti@l has learned that while visiting a Manhattan radio station this summer, the 21-year-old “Better Left Unsaid” singer should’ve left her thoughts unsaid.

“She did autographs and pics and was all smiles until she got into the elevator,” a stunned industry insider tells us. “And as soon as the doors shut she said, ‘I hope they all f—king die.’ ”

Allegations of Grande’s obnoxious attitude are nothing new. But they’re suddenly getting their own spotlight now that a nasty pattern has emerged.
Read more: New York Daily News

And her lame apology after the backlash:
ARIANA GRANDE: Offers Lame Ass Excuse For Saying She ‘Hates America’…Go Away, Please

An event like this could change even a diva’s heart of stone.

And maybe it is:

broken.
from the bottom of my heart, i am so so sorry. i don't have words.