And when you see which magazine is calling BS, it will have you in stitches.
Sad that a magazine has greater skepticism and integrity than the ‘major networks’, isn’t it? 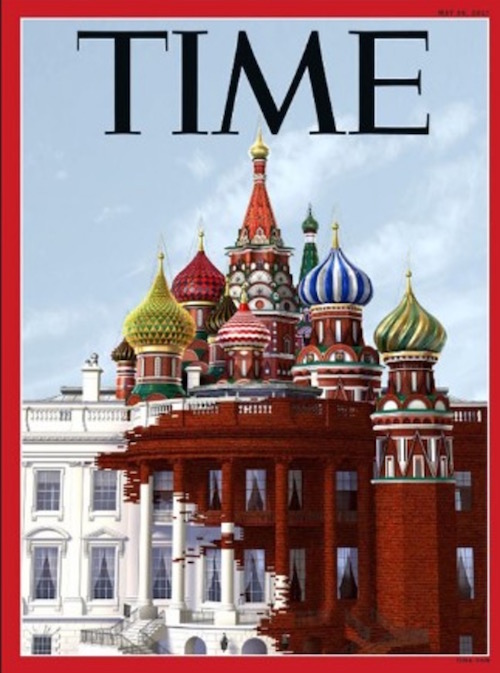 You remember that name, right? They got caught with their pants down with one scandal they had reported about a certain infamous rape story.

Unlike other media companies, they’ve learned an important lesson. To be at least a little more skeptical of stories that seem to be ‘too good to be true’.

They even said as much:

But it’s our job in the media to be bothered by little details, and the strange timeline of the Trump-Russia investigation qualifies as a conspicuous loose end.

What exactly is the FBI investigating? Why was it kept secret from other intelligence chiefs, if that’s what happened? That matters, if we’re trying to gauge what happened last week. — Rolling Stone

While the ‘News’ agencies pretend to care about telling the truth, Rolling Stone is actually asking the probing questions that question everyone else’s rush-to-judgment assumptions.

Todd for instance asked Clapper if he would know if the FBI had a FISA court order for surveillance. Clapper answered unequivocally: “Yes.”

Clapper made it clear that he would have known if there were any kind of surveillance authority against “the president elect at the time, or as a candidate, or against his campaign.”

Todd realized this was an important question and re-asked it, to make sure Clapper heard it right.

“You would be told this?” he asked.

“I would know that,” Clapper answered.

Todd asked again: Are you sure? Can you confirm or deny that a FISA warrant exists?

“I can deny it,” Clapper said flatly.

It wasn’t until the fourth time Todd asked the question that Clapper finally added the caveat, “Not to my knowledge.” — Rolling Stone

Comey was saying that he hadn’t briefed the DNI because between January 20th, when Clapper left office, and March 16th, when former Indiana senator and now Trump appointee Dan Coats took office, the DNI position was unfilled.

But Comey had said the counterintelligence investigation dated back to July, when he was FBI director under a Democratic president. So what happened between July and January?

…Again, prior to last week, Clapper had said he would know if there was a FISA warrant issued on this matter. But then on April 11th, law enforcement and government officials leaked – anonymously, as has been the case throughout most of this story – that the FBI had obtained a FISA warrant for surveillance of Trump associate Carter Page.

What the author said next is particularly damning of journalism as a whole — key phrases emphasized by ClashDaily:

But when it comes to the collusion investigation, there are serious questions. A lot of our civil liberties protections and rules of press ethics are designed to prevent exactly this situation, in which a person lingers for extended periods of time under public suspicion without being aware of the exact nature, or origin, of the accusations.

It’s why liberal thinkers have traditionally abhorred secret courts, secret surveillance and secret evidence, and in the past would have reflexively discouraged the news media from printing the unverified or unverifiable charges emanating from such secret sources. But because it’s Donald Trump, no one seems to care.

It’s a great article, and such good work deserves to be rewarded. See it in full here.

If you enjoyed that, here’s a little bit more.

The NY Times admitting to one of its contributors falsifying stories. Surprise, surprise, it included some of the Anti-Trump narratives.

How pathetic is it when Rolling Stone is more committed to journalistic integrity than the so-called REAL news.