The assumption was that this nutcase was a ‘far-right extremist’, but that’s NOT who he was…

A man fatally stabbed two passengers aboard a Portland, Oregon, commuter train after they tried to stop him from harassing two young women who appeared to be Muslim, police said on Saturday.

Police identified the assailant, who was arrested soon after the Friday afternoon attack, as Jeremy Joseph Christian of Portland, a 35-year-old convicted felon…

…Christian started shouting ethnic and religious slurs, apparently at the two young women, one of whom wore a Muslim head-covering, the Portland Police Department said in a statement.

Stabbing the Good Samaritans that were intervening in his hateful tirades.

Christian was taken into custody and charged with two counts of aggravated murder and charges of attempted murder, intimidation, and having possession of a restricted weapon.

Of course, the Leftists jumped on this as a ‘right-wing extremist’ crime.

Because they seem to have forgotten that, historically, it’s the Democrats that were the white supremacists.

And the rush to judgment was swift: It’s Trump’s fault. 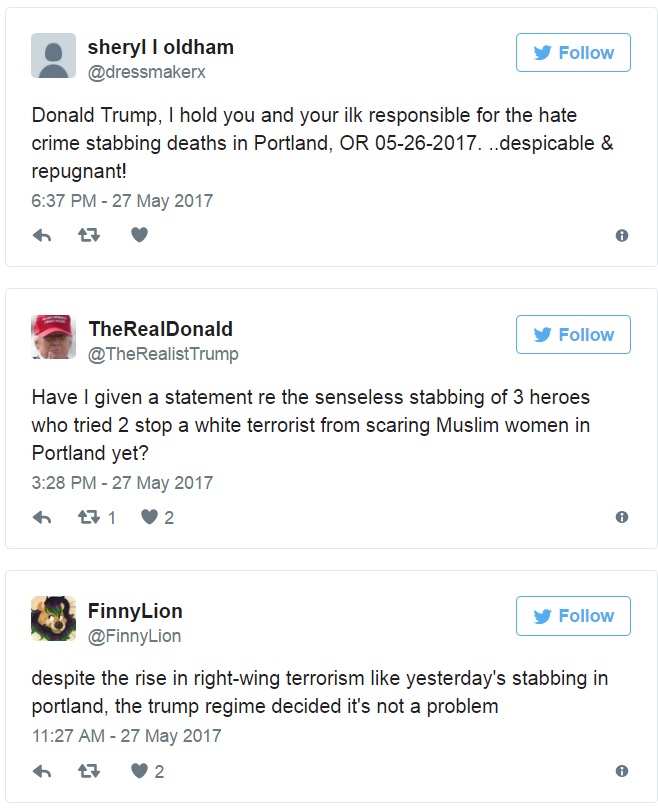 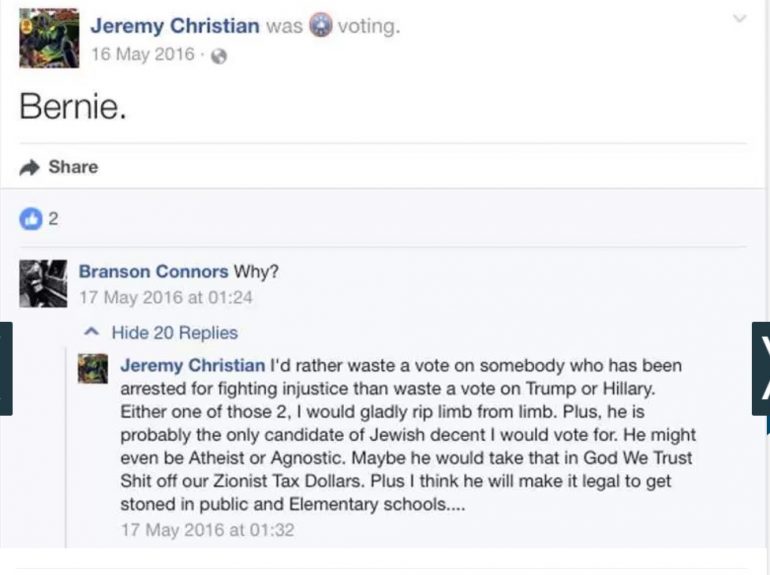 #PortlandStabbing suspect, Jeremy Christian, was a mentally ill Bernie Sanders supporter and has nothing to do with the #AltRight or #MAGA. pic.twitter.com/eQPFQfYmWl

Even Jill Stein, one of the wacky third party candidates of ‘recount’ fame weighed in…

Another heartbreaking tragedy in Trump's America, as a white nationalist shouting anti-Islam slurs murders 2 on Portland, OR subway.

But… that got awkward quickly.

It turns out this guy was also a Jill Stein supporter.

@DrJillStein The murderer wanted Stein's America. Good thing he didn't get it. pic.twitter.com/VyXvCIF82n

How much do you want to bet that this is going to be brushed under the rug by the Media (D) now that it’s come out that he’s a Leftist like they are?

Just like all of those examples of ‘far-right’ extremism that turned out to be hoaxes.