Kathy Griffin should be ashamed of herself. My children, especially my 11 year old son, Barron, are having a hard time with this. Sick!

Imagine, these sickos don’t think of the consequences of their actions.

Aren’t they the ones that cry:

Just like Rosie with her tweet about Barron, the Leftists hate Trump so much that they don’t think of his children.

And it’s the ‘far-right’ wing that is intolerant and heartless?

CNN has terminated our agreement with Kathy Griffin to appear on our New Year's Eve program.

Is this humor, or a cry for help by a washed-up has been?

Remember back in high school, when you were hanging with your friends, there was always ONE obnoxious little brother who was desperate for your attention and affirmation?

He was the one who did stupid stunts and generally made an ass of himself for a cheap laugh?

Well, Kathy Griffin is the adult version of that desperate, annoying little brother.

As we describe what Batsh-t crazy she pulled this time, imagine the reaction if it were a conservative comic (if that’s what she calls herself) doing exactly the same thing to Obama (or Hillary).

Vote Democrat: Because when they go low, we go jihadi. pic.twitter.com/a5ZVZqzhGQ

Kathy Griffin posed with the severed head of President Donald Trump in a bloody photo shoot for artist and photographer Tyler Shields this week.

In one image, obtained by TMZ, the 56-year-old My Life on the D-List comedian looks directly into the camera while hoisting up Trump’s severed head, which is covered in dark red blood. —
Breitbart

There’s even a video!

(Video has been removed)

But we found another on Twitter that was ‘fixed’ for Kathy by adding a flag and some appropriate music:

Will the ‘tolerant’ left insist on a boycott of everything she has ever done? Will she get a Hollywood blacklist?

Or is that weapon reserved for Conservatives?

Maybe she needs to get ‘Sensitivity Training’ like the Rodeo Clown that wore an Obama mask at the Missouri State Fair in 2013. 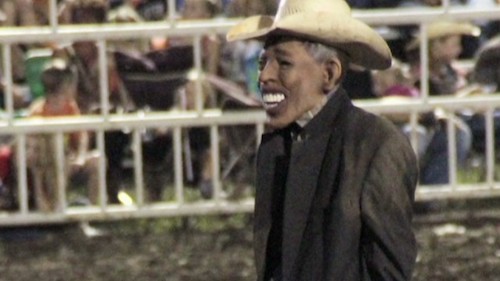 From now on, the Missouri State Fair won’t allow any rodeo cowboys or clowns from the state’s association to take part unless they all undergo “sensitivity training.”

And that’s just part of the fallout from the Saturday incident in which a clown wearing an Obama mask held a broom descending from his backside while a voice said, “Hey, I know I’m a clown. He’s just running around acting like one. Doesn’t know he is one.”…

…The Missouri State Fair Commission announced it was permanently banning “this rodeo clown from ever participating” again. It did not name the clown.

The clown lost his job.

I’d suggest the same for Griffin, but I’m not sure if she still has one.

Or will have one.

If she wasn't on the left, somebody would make a list of Kathy Griffin's scheduled venues to ask why they're hosting a domestic terrorist. pic.twitter.com/FJdiSrt4mq

Maybe she needs to take a trip to the Middle East and visit people who have had family members killed by ISIS. 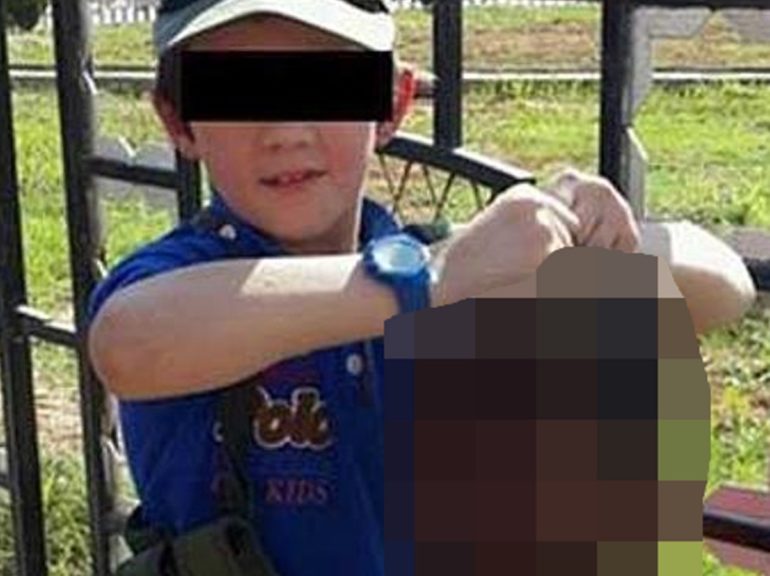 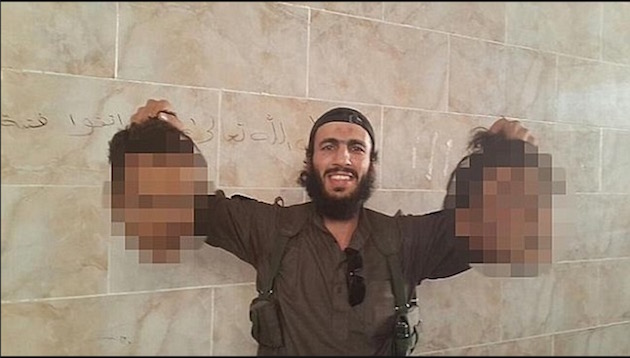 Maybe she could look THEM in the eye and explain the joke to them. Because it’s funny, right? Only a stick-in-the-mud could fail to see the humor of someone joking about beheading specific people.

Maybe she could explain it to the Secret Service. They might not get the joke either.

This isn’t funny — much like all of Kathy Griffin’s career.

I am sorry. I went too far. I was wrong. pic.twitter.com/LBKvqf9xFB

Perhaps because her little stunt was noticed by these folks when tipped off on Twitter:

On it! @SecretService has a robust protective intelligence division that monitors open source reporting & social media to evaluate threats

Threats made against @SecretService protectees receive the highest priority of all of our investigations. #ProtectionNeverRests

The Secret Service tweets don’t reference the photo directly, but many Twitter users were sharing the photo with them.

Disgusting but not surprising. This is the left today. They consider this acceptable. Imagine a conservative did this to Obama as POTUS? https://t.co/QdghcbIjS7

Our politics have become too base, too low, & too vulgar, but Kathy Griffin's post descends into an even more repugnant & vile territory.

And — brace yourselves — you’ve lived to see the day that Chelsea Clinton posted something intelligent on Twitter:

This is vile and wrong. It is never funny to joke about killing a president. https://t.co/zIiuKoMyFw

When Chelsea Clinton says you’re off track… lady, you done a bad thing.

Check out what this former Arizona Sheriff had to say:

Inciting violence/murder of @POTUS is a crime. Imagine liberal outrage if conservative held up bloodied decapitated head of Obama? https://t.co/fWbKj97NIT