It’s a dirty little secret the Democrats don’t want you to pick up on. But it’s demonstrably true.

Liberal Logic 101 nailed it with their SAVAGE meme: 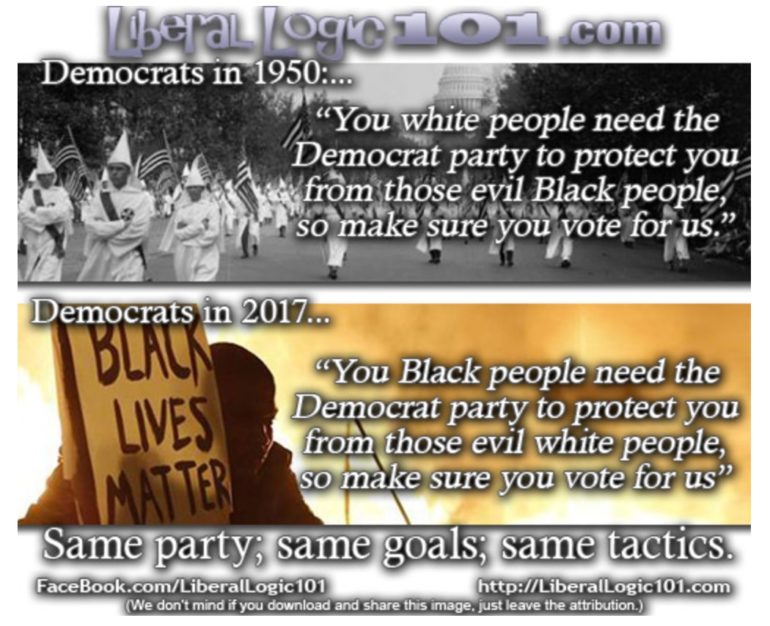 To twist the knife a little more, they even attached a Scripture verse: (Ecclesiastes 1:9) which reminds us there is ‘nothing new under the sun’.

But if you step back and look at their tactics, isn’t it actually true?

Democrats are placing their bets on one group, hoping they can leverage the hatred and discontent of one group against another group.

The goal? To make America better? (Judging by the violence and ghettos that pop up like mushrooms everywhere liberals have become entrenched, better isn’t on the menu.)

The REAL goal is the perpetuation of Liberal power. To HELL with the special interest groups once they’ve achieved it.

Or have you forgotten the Clintons’ ‘super predator’ comment?

And what about their hiring practices?

Most notably, Senate Minority Leader Chuck Schumer really doesn’t seem to like people of color. As far back as January, it was pointed out that Schumer’s office – and Democratic lawmakers in general – have a dismal record of hiring and promoting black and Hispanic employees, especially compared to Republicans.

“Get Our House In Order” “How can we as Democrats complain about Jeff Sessions being appointed attorney general when our party doesn’t hire minorities? It exposes us as hypocrites,” former New York State Democratic Party Director Charlie King said back then. “We have to get our own house in order.” —Federalist Papers

The Left, right now, thinks they can ride the racial animus they’ve been stoking to election wins.

Judging by the last few elections? They may have bet the farm… and lost.

Will they ever learn?