With attacks occurring worldwide in the name of Islam, and more ‘lone wolf’ incidents, should we know what’s going on in there?

Are we too late? 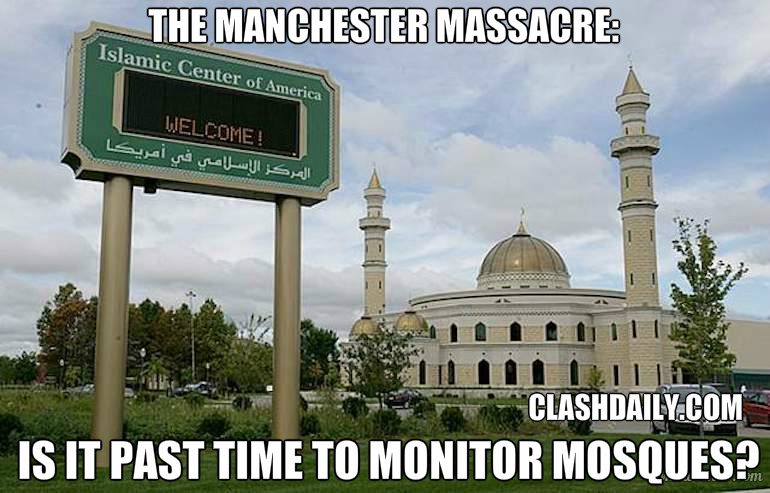 Now, in general, many of us on the Right are more freedom-loving, ‘live and let live’ folks.

But the giant elephant in the room is that there seems to be something in Islam that makes people think it’s ok to slaughter innocents in the name of Allah.

Maybe it’s just me, but I have a really hard time with the ‘jihadi’ factions of Islam.

And you can’t just say, ‘Not all Muslims’, because, DUH. We know.

But Islam is the second largest religion in the world.

According to PEW Research, the most accurate information that we have is from 2010, and the number of Muslims worldwide is estimated to be 1.6 billion.

Now, even if only one percent of that had been radicalized, that’s still 1.6 million people.

Should we be looking into that?

We’ve seen numerous times that it takes just one person to wreak havoc.

CLASH POLL: Is It PAST Time To MONITOR Mosques?