Steve Bannon is DESPISED by the Left. This photo will only make things WORSE.

What’s even more surprising (to the Left) is the way this list got into the hands of reporters. The alleged ‘white supremacist/Nazi’ Steve Bannon had met with Rabbi Shmuley Boteach, an Orthodox Rabbi and an occasional contributor to Breitbart News. It was photos that Rabbi Boteach had shared to social media that captured the whiteboard in the background.

A Rabbi has unwittingly shown the world Steve Bannon’s exhaustive to-do list after posing for a photo with Trump’s chief strategist during a visit to the White House.

The Orthodox Jewish author documented his visit by tweeting several photos of himself standing alongside the likes of Mike Pence, Ted Cruz and Bannon.

But it was his photos with Bannon – who he described as a ‘great, stalwart friend of the Jewish state’ – that has gained the most attention.

A long list of Trump’s campaign promises can be seen on the white board behind Bannon and Boteach – and ticks can be seen next to those the administration has already implemented or taken action on.
Read more: Daily Mail

So has (un-)funny woman Chelsea Handler: 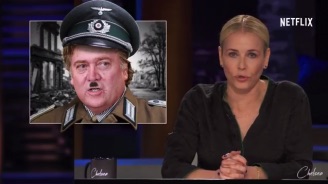 And then there are the memes: 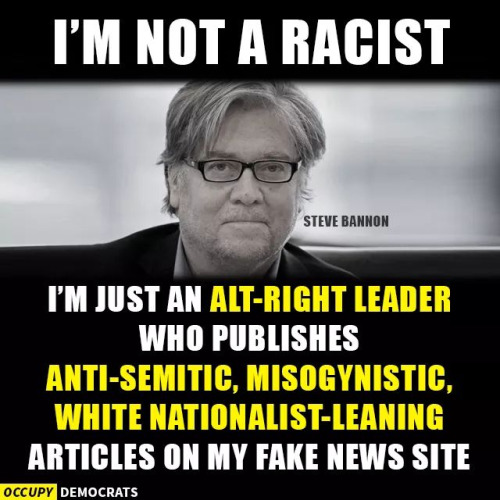 So, how does that picture of Steve Bannon fit with the ‘great, stalwart friend of the Jewish state’ that Rabbi Boteach tweeted out?

Why did an alleged ‘white supremacist’ keep on and/or hire so many Jewish employees like Joel Pollack, Rabbi Boteach, and the ever-polarizing Milo Yiannopoulos?

Ask the nearest Leftist and you’ll get this expression:

It’s because the Left doesn’t like the policy, but doesn’t have a cohesive worldview with which to oppose it. Their worldview pits groups against one another, but the logical inconsistencies just don’t work — like feminism and transgender activism. They must, therefore, rely on emotion. And what’s the best way to do that? Gin up some hate. Who can everyone hate? Nazis.

Actually debating policy would expose the natural flaws in their arguments.

Submit a plan to defeat I…