Wouldn’t that be GREAT? 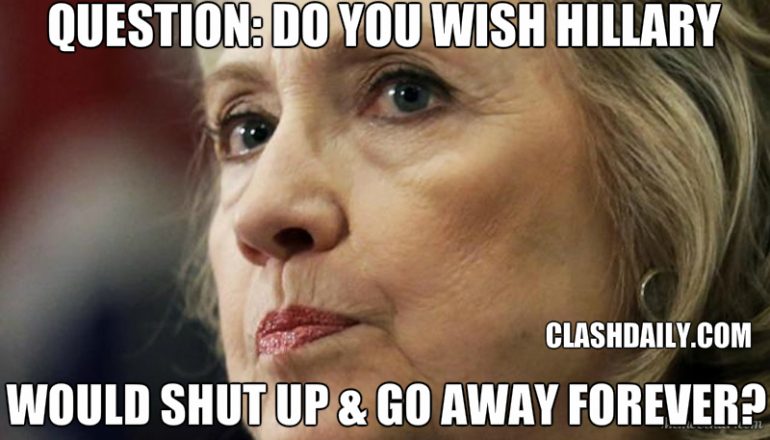 QUESTION: Do YOU Wish Hillary Would SHUT UP & GO AWAY Forever?

ClashDaily has a short message for Hillary:

And no matter how much you try, you’re just not the one that the Democrats want.

Maybe it’s time for a little advice from the Eagles:

Hillary continues to shift blame and has learned absolutely nothing from the Electoral trouncing she was the recipient of.

Some on the Left still hold her as an icon, but it seems rather shallow.

Because she just didn’t resonate with the everyday Americans outside of the ‘Elite Zones’.

It’s time for Hillary to do some self-reflection.