It’s no longer a hypothetical. And it’s even worse than Conservatives predicted.

Imagine reporters watching SEVEN babies die in a hospital. On one day.

Have you guessed yet, which country this is?

Here’s a hint. On August 5, 2011, on his own Senate website, Bernie Sanders said the following about it:

These days, the American dream is more apt to be realized in South America, in places such as Ecuador, Venezuela and Argentina, where incomes are actually more equal today than they are in the land of Horatio Alger. Who’s the banana republic now?

Have you guessed yet? It’s Venezuela! That Socialist Utopia!

Now, because they haven’t found a way to make Venezuela Trump’s fault — except for MSNBC’s fevered imaginations — it’s been strangely missing from the news cycle.

But while they’ve been busy with fake news, ClashDaily has been giving updates from time to time.

About it being ignored in 2014, Running out of food in 2015, the nationalization of industries, poverty and skyrocketing inflation.

More recently, we reported their government doing what such governments always do — disarming Civilians. Why? The same age-old reason of EVERY dictatorship:

We reported the bloody consequences of disarming the public.

You probably didn’t see any of that on CNN. They have a gazillion stories on Trump, Comey, Russia and all the rest. But when was their last story about Venezuela?

Here’s a search made while this was being written: 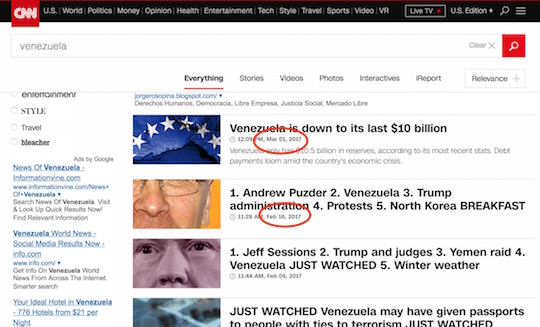 March 1, 2017. And February. People are eating stray animals in the city, and that isn’t news. Do they even DESERVE the title ‘news organization’ anymore?

Well, as bad as that was, it gets still worse.

The Venezuelan hospitals have run out of antibiotics, spaces to put patients and even soap. The doctors are trying to perform surgeries without proper equipment — like sterile surgical tools and gloves. There are no oxygen tanks, dialysis machines, diagnostic equipment, and even if they had them, they don’t have electricity to power them.

As bad as we said their healthcare was when this began, and supplies of everything began to run out? It’s now FAR worse.
The Luis Razetti Hospital in the portal city of Barcelona looks like a war zone.
Patients can be seen balancing themselves on half-broken beds with days-old blood on their bodies.
They’re the lucky ones; most are curled up on the floor, blood streaming, limbs blackening.
Children lie among dirty cardboard boxes in the hallways without food, water or medication.

…In just one day, the newspaper’s reporters witnessed the deaths of seven babies since there were no oxygen tanks, and doctors had to pump air into their lungs by hand.
A 68-year-old diabetic patient interviewed has to have her leg amputated; the hospital did not have dialysis machines or the antibiotics she requires.
One had to have an almost-rupturing appendix removed without proper tools or sanitation. Another died because the blood bank was closed due to a public holiday, which was randomly called by the government to save electricity.
President Nicolas Maduro has refused attempts to seek international or monetary support for the country’s healthcare system that he says would effectively ‘privatize’ healthcare.
The socialist leader, Hugo Chavez’s successor, claims such a move would have devastating impacts on the country.
And he even insists Venezuela’s healthcare is one of the best in the world: ‘I doubt that anywhere in the world, except in Cuba, there exists a better health system than this one,’ he said. — DailyMail

Have a look at the ‘government of the people’.

#Venezuela: sources from #Tachira report the national guard has put snipers up on the national hospital of #SanCristobal pic.twitter.com/ZdKGhYcxku

And how the people love their government…

Some proof of their systm’s abysmal failure:

Imagine living under these conditions: 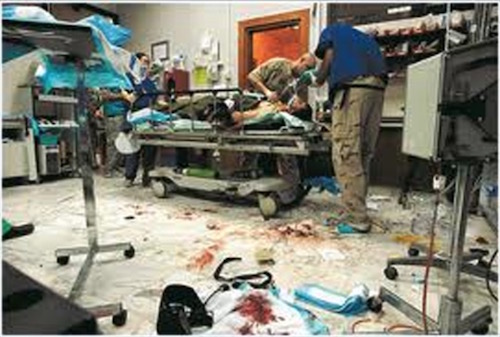 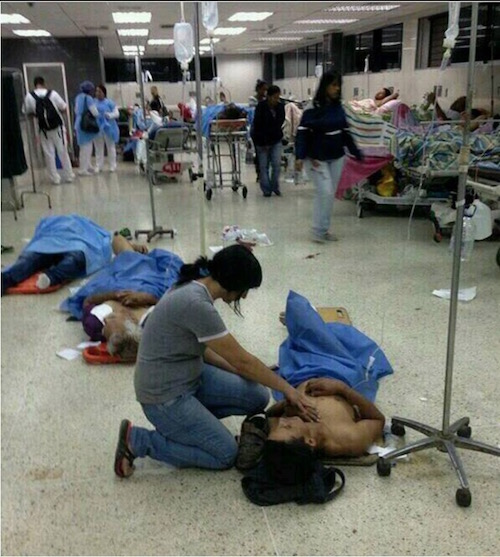 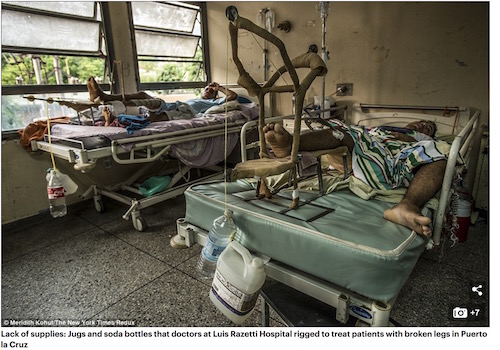 Would YOU want to take your kid here? 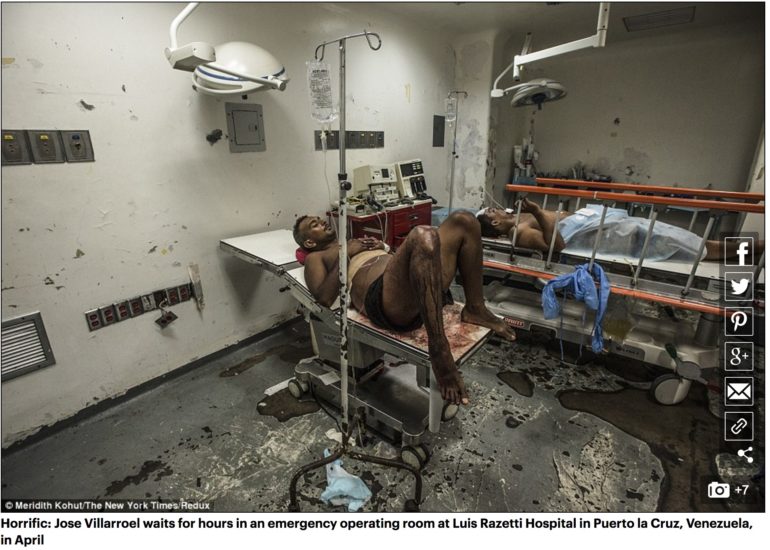 Because this is the pot of gold at the end of Bernie Sanders’s Socialist Rainbow… whether he admits it or not.