Not exactly a ‘blaze of glory’. It was more like one helluva mess.

An alleged gang member who was ‘known to police’ just took the last wild ride of his miserable life.

News reports didn’t name him, but in them, he was associated with a kidnapping. The car he stole was picked up by a squad car, and the chase was on.

As you can see from the clip, he left a path of destruction behind him. Twisted cars, a broken light pole… and yet he was still able to jump out and make a run for it.

He didn’t get too far. The cop involved took him down. The shot was fatal.

Some images from the scene. 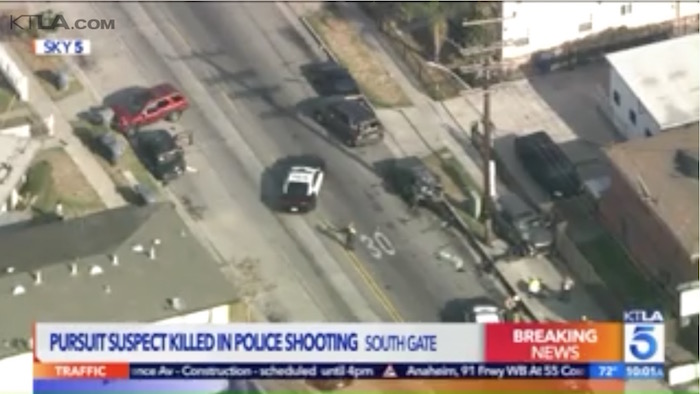 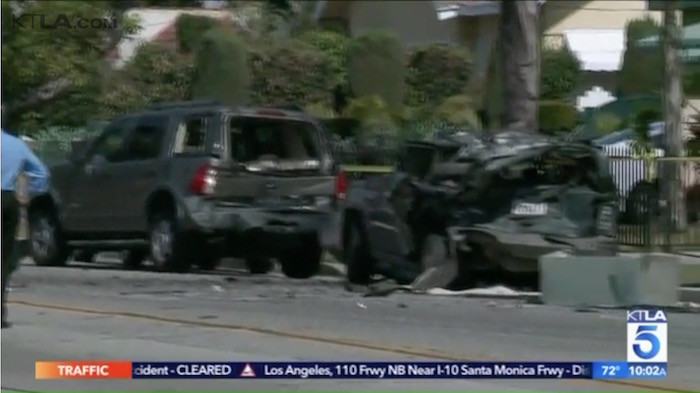 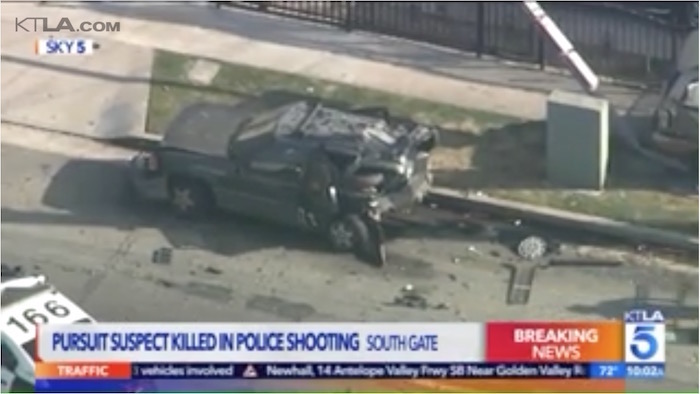 No other fatalities have been reported.

The video gives more backstory for the events themselves.