Texans had THIS answer for them: 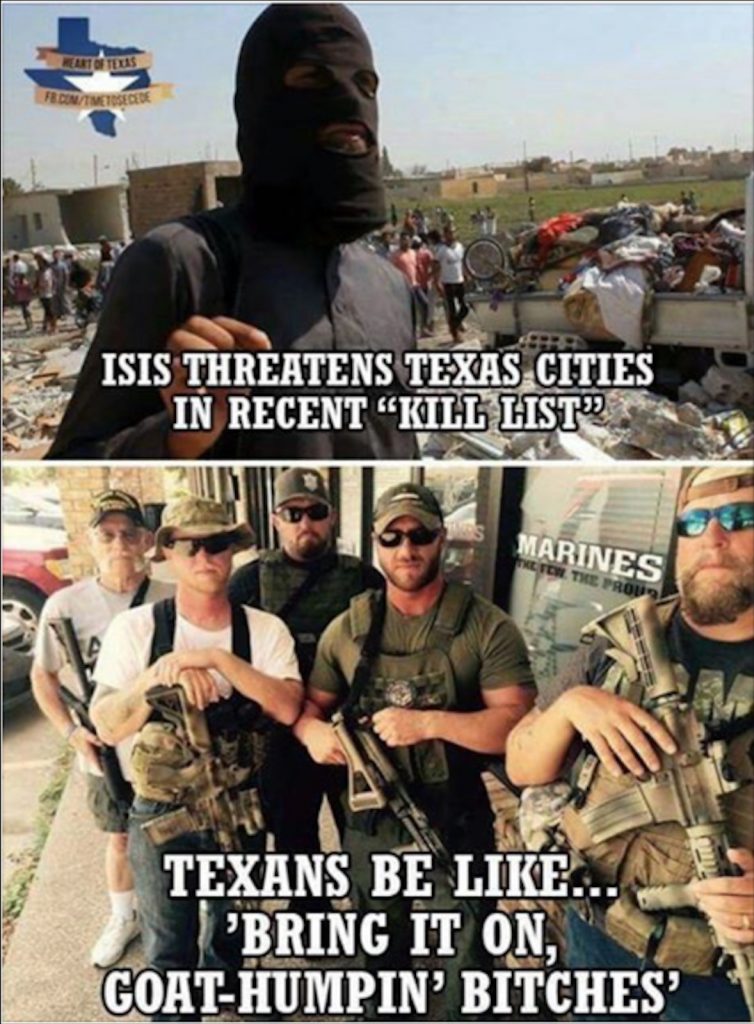 Odd, Texas doesn’t seem to be very intimidated. Why might that be?

Texas is a state filled to the brim with armed Citizens, not lambs ready for slaughter.

Have they so soon forgotten what happened to the gunmen who showed up at Texas’s ‘draw Mohammed’ event? Two gunmen tried to crash the party, and one guard killed them dead.