How’s THAT for gratitude?
It’s a Honeymoon to remember. For all the wrong reasons.

Airlines are having some real customer service issues.

A paid passenger got knocked unconscious and dragged off the plane.

A mom got hit with a stroller.

A retired man was pushed to the airport floor by staff, knocked unconscious and ignored until a passing nurse came to assist him.

And now? Now we see that even heroes that help save the airline’s bacon get treated like (excrement).

Some newlyweds were on their Honeymoon. Normal enough, right? And they made the mistake of flying on United Airline.

Before takeoff, they happened to look out their window and saw something the grounds crew had somehow missed. Fuel was gushing out of the wing. See for yourself.

Here’s how he and his bride were treated after bringing the problem to their attention:

Here’s where his bride was sleeping when they arrived: 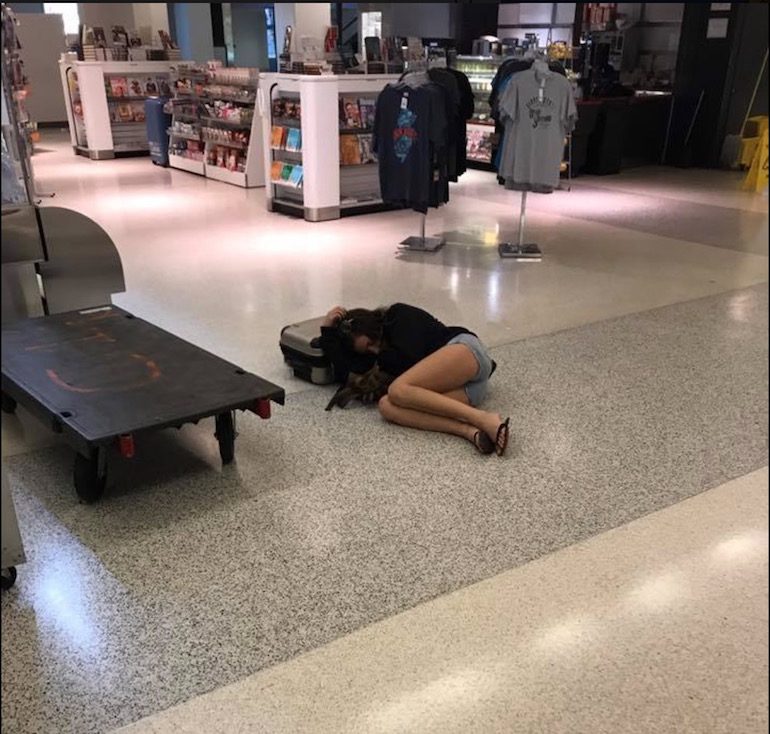 A regular hero’s welcome, isn’t it?