They were desperate to ‘flip’ Georgia and dumped HUGE money from California to do it. Now that they failed, who will they blame?

They can’t blame Comey this time. Or Wikileaks.

They can’t blame sexism — because the woman won.

The Democrat candidate was white, so they can’t call it racism.

Who are they going to blame?

They really only have one play left: 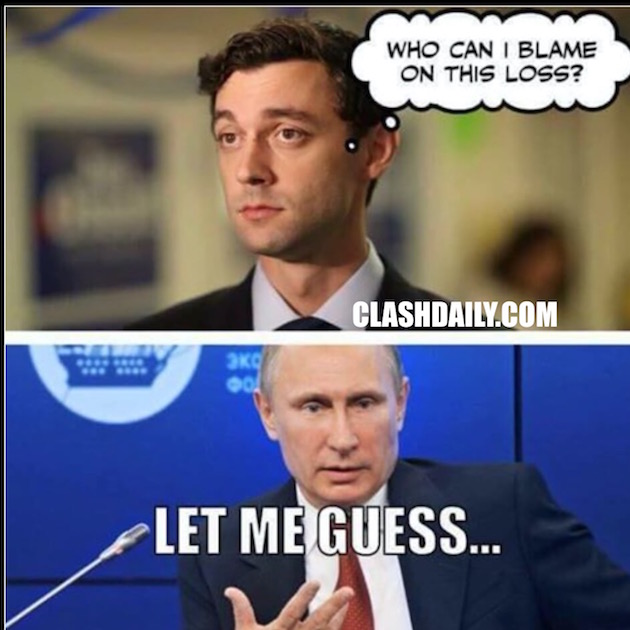 Because — as we’ve already discussed — even the blame Russia narrative boomerangs on them.

Could it be that their IDEAS suck?

Democrats would do much better as a party if they got together with Republicans on Healthcare,Tax Cuts,Security. Obstruction doesn't work!

But Democrats won’t ‘man up’, they’d rather play the blame game.