BLM is a little selective in its outrage, isn’t it? Where’s the outrage for THIS Black Life?
Or are they actually an anti-cop group POSING as Black Activists?

It was an ‘unprovoked attack’ on an officer who was on the scene in a marked vehicle specifically because that neighborhood had a recent shooting and an increase in gang activity.

Which means, she was there to DEFEND the lives and liberty of ordinary citizens in that rough neighborhood. So, those ‘lives that matter’ so much to BLM were doubtless among the ones she was there to protect. And she paid for that with her own life.

Here is Miosotis Familia, the 49-year old officer that was shot. 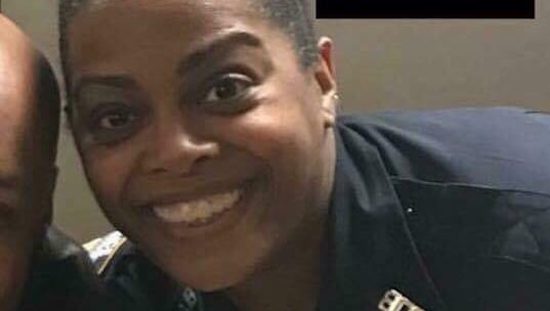 Right after the shooting, Familia’s partner, Officer Vincent Maher called for backup, reports the Times. Maher is heard yelling, “My partner is shot” repeatedly in the scanner audio.

Police told the Post that the two officers who arrived were Sgt. Keith Bryan and Officer Joseph Ayala.

…The two officers shot and killed the suspect, identified as Alexander Bonds. Police said a silver revolver was was found near Bonds. –read more