Imagine poor granny being so badly injured by thugs that she couldn’t attend her husband’s funeral.

It was bad enough she was grieving her recently-deceased husband. But to have her own home broken into, and to be attacked so brutally? Disgusting!

Here are some photos of what was done to her: 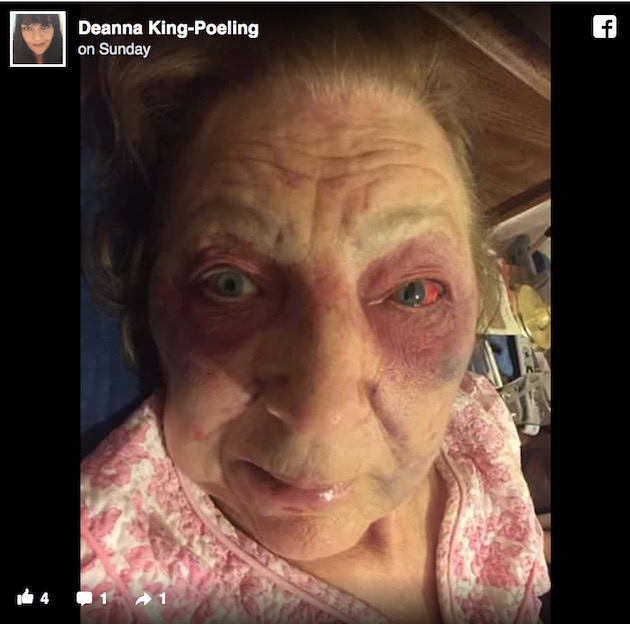 What kind of POS does something like this, anyway? 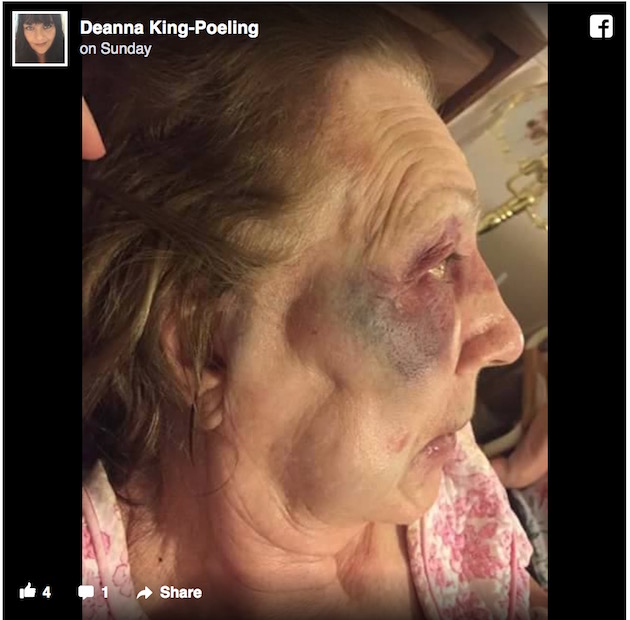 Virginia’s granddaughter was the last to see her prior to the attack, at her home. The family has spent an evening deciding what Virigina would were to her late husband’s funeral the following day.

This POS waited till we left, walked into her house 5 minutes after we had gone! She was innocently washing the dishes and he tapped her on her shoulder, when she turned around she saw a man with a white mask stocky build.

When he went to hit her, she grabbed his arms (so he may have scratches), when she did this he grabbed a glass off the counter and broke it over the back of her head and he proceeded to keep bashing her with it and his fists.

We hope she recovers quickly.

We also hope she gets herself some protection, and if that POS ever shows his face again, we hope to read about HIS obituary in a headline. 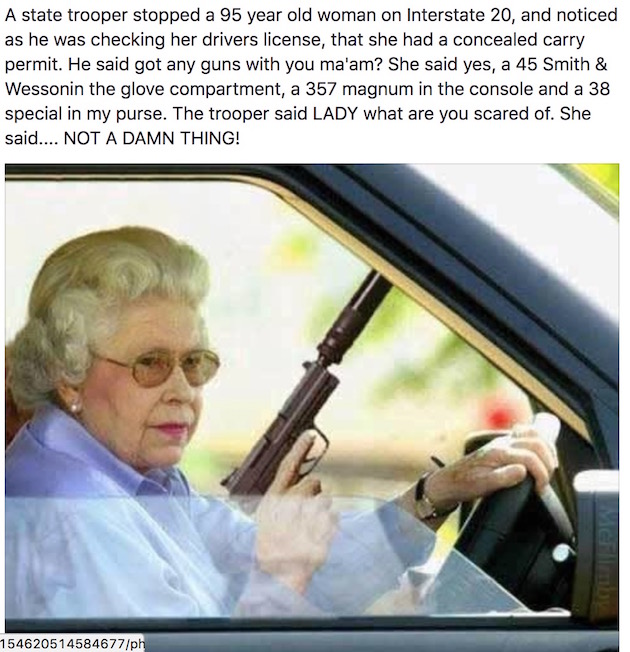 The great thing about guns is their ability to equalize. You don’t need the strength, skill, or dexterity to use it.

It can instantly make even a frail old woman a legitimate threat to even a healthy young man or even to several of them. That is exactly the point of having a gun for personal defense.

Rest up, granny. Feel better. And put the fear of Judgement Day into any SOB dumb enough to try that stunt again.

If you have women or girls in your life, and you want them to have a fighting chance NOT to be a victim in life, get them a copy of this. She’ll thank you for it.