Those days at the ‘top of the world’ on Fox seem so long ago now, don’t they Megyn?
Was it worth selling out to join the now-discredited mainstream media?

Any dreams she may have had about how ‘lucrative’ it would be to go mainstream are fading like a morning mist.

Instead of taking the mainstream media by storm, she was greeted with a collective yawn.

She’s now just another news program. Even her ‘big’ stories have been anticlimactic.

What are her latest numbers?

They’re in a slow dive. When she came out in June, she was looking at 6.2 million.

Now? She’s losing out to reruns of 60 Minutes, and America’s Funniest Home Videos.

Her numbers have cratered to 3.1 Million.

Remember that parable about the dog and his reflection? 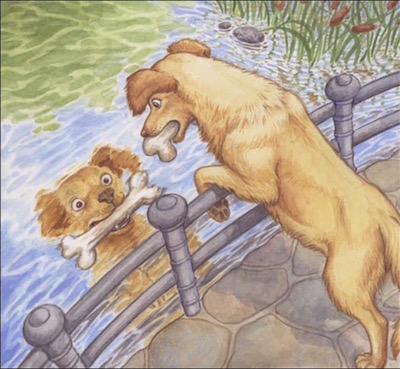 Megyn should take some time over the summer to think about how that parable might apply to her.

Don’t make dumb decisions like she did. Here, read this.