I suspect we all have said we would never do something and then given time and circumstances, we find ourselves succumbing to the very thing that once appalled us. Any honest, humble person would find this very difficult to deny. I have often called Facebook…. “Fakebook.” I still believe social media has some questionable attributes, but now I am thinking it truly isn’t as fake as I thought. This outlet can either help or hurt us…

So many of us, including myself, try to deny the reality of social media and we all know it’s here to stay. Do our social media posts and pics really reveal who we are? I mean after all; many folks really do “let their guard down there.” We have all seen this and I doubt I have to explain that any further. My point is that if so many of us only interact with each other this way, don’t we want it to be a positive interaction?

Whenever we comment or post something, we can be certain that there are many, many onlookers that read your post and don’t make any comment or even acknowledge that they read it, but they no doubt have an opinion of you based on the interaction. They saw what you said and how you said it. Sometimes we post because we want to say something that would be difficult to say face to face. Right? I’m sure I’m not the only one that learns about a person this way. Many have learned about me this way too. The good, the bad and the ugly.

I recently witnessed an interaction there that truly came across as ugly and dishonest. I doubt the folks that were involved realized how awful they sounded. Someone posted about how disappointed they were about someone they knew attending a homosexual wedding. In the “hard-core Christian world” that is a serious “no, no!!” Most of Modern Christianity wouldn’t even “bat an eye” at this. The majority of professing Christians would see it as no big deal, but to the “knowledgeable” Christians this answer seems obvious… We should never “enable or encourage” people to sin. Yes, anything but one man, one woman for one lifetime goes against God’s design for marriage.

This is exactly where Christians need to be supported and encouraged not to enable, but as time moves on more and more of us will need to face the reality that one of our dear loved ones is “coming out” as a homosexual and might actually want to get married. It will affect us personally… No doubt. Of course, we should stand firm for Christ, even then, but that won’t make it any less difficult when we look in the eyes of our loved one.

What really disturbed me about this social media interaction I recently witnessed, is the way a few Christians completely “ripped on” the honest man on this post!! The only thing the honest person said was something like… I hope I can stand up to this. I still regret not stepping up and defending this loving, honest man right there! All I needed to say was…. “I admire your honestly.” He was honest and then arrogance reigned from some others. He got comments like “I would never go to a homosexual wedding and neither would my spouse!”

Wow! Can I just gently remind my beloved Christian brothers and sisters that both the Apostle Paul and Peter blew this one…. big time. What makes you think you won’t fail? We need to support each other, not rip each other to pieces. This includes a gentle rebuke and correction. Peter and Paul were both spiritual giants and they failed too. Peter denied Christ three times after walking and talking PHYSICALLY beside Him every single day! The Apostle Paul admitted,

For we know that the law is spiritual, but I am carnal, sold under sin. For what I am doing, I do not understand. For what I will to do, that I do not practice; but what I hate, that I do. If, then, I do what I will not to do, I agree with the law that it is good. But now, it is no longer I who do it, but sin that dwells in me.

(Romans 7: 14-17)
I truly believe non-believers need to see us lovingly rebuking each other, when we see our brother or sister fail…. And failing for all of us is inevitable from time to time, especially when these tough issues hit home. The command the Lord gives us is to love Him and one another. I think that would include on social media too.

Is Your Church Following Christ Or Culture? – Part 2

Should Christians Obey God Or Government?

Is Your Church Following Christ Or Culture? – Part 1

Dear Ragers: Here’s What God Thinks Of Your Unforgiveness 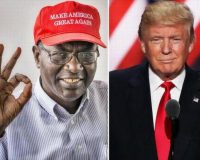 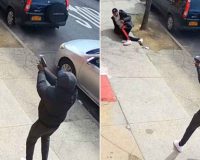