Welcome to 2017, where everyone is offended about everything … all the time.

In the words of Rodney King…

“Can’t we all just get along?”

It is in the explicit interest of certain agitator groups, as they say ‘On All Sides’ (as Trump was wrongly hammered for saying) to whip up hate and resentment so that it can be exploited for political ends. 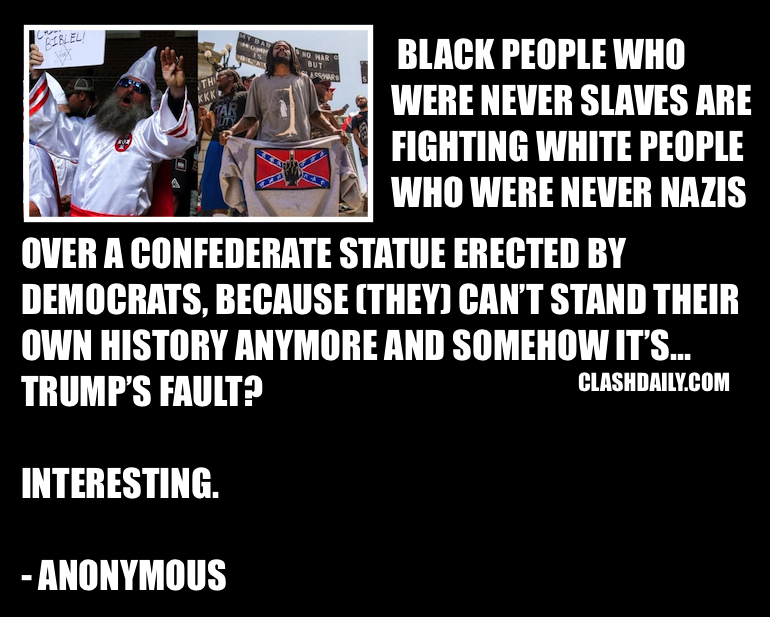 The monument that was torn down in Durham, for example, wasn’t about ‘justice’ it was by several members of a COMMUNIST group.

Those who know ANYTHING about history know that mobs (socialist groups) foment unrest so that they can bring down a government and prop up a Revolutionary government in its place.

They don’t ‘love’ any group or their particular rights.

They love power. And they’ll tell any lie necessary to seize it.

If you don’t ‘get’ that yet you’ve got a lot of growing up to do.

Better read this. Things will likely get worse before they get better.