This ‘ghost’ video is obviously fake and we can prove it. In the video, there is ONE thing that screams hoax.

Are you ready for the big reveal?

Bro on the video says he was watching CNN in his hotel room.

If you’re gullible enough to believe that load of B.S., you’ll believe anything.

A South Texas man who filmed some strange activity that occurred in a motel room is getting some mixed reviews after posting the video to Facebook.

Facebook user identified as “Potus Frank Ramirez” uploaded the video in a July 28 Facebook post after he allegedly witnessed some paranormal activity in room 38 at Country Side Inn hotel in Harlingen, Texas.
Source: Conservative Tribune

Ramirez walked around the hotel room and said that he allegedly saw a cup move and the phone receiver come off the cradle while he was nowhere near it.

Later, he was ‘talking’ to the ‘ghost’ and a towel and a hanger moved.

Some folks on social media are calling B.S. while others are defending it: 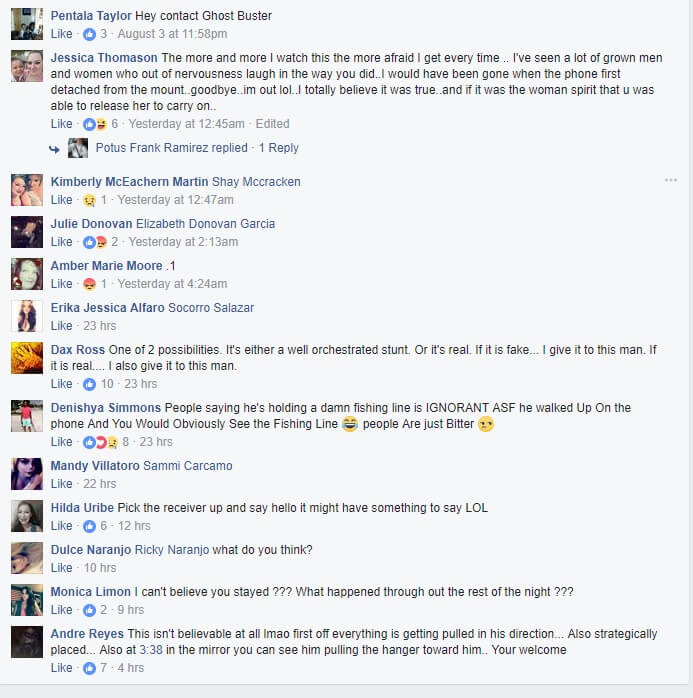 The video has over 9 million views.

What do YOU think of the video?

Is it real or fake?

Is the 'Ghost' video real or fake?