Jenner was told off by a transgender activist and ‘journalist’, Ashlee Marie Preston, at the Tras Chorus of Los Angeles on Saturday night.

Preston was livid that Jenner is continuing to support President Trump after banning transgender people from serving in the military, and went on a minutes-long rant at the event.

Preston walked up to Jenner and started in on the criticism.

‘You’re a f**king fraud and a fake,’ said Preston.

And she videotaped the confrontation. 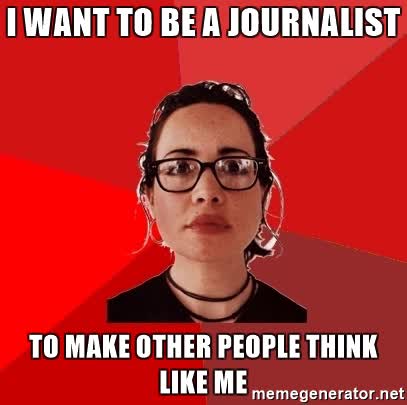 ‘You continue to support somebody that does everything with the military to erase our community,’ Preston argued.

‘It’s really f**ked up that you continue to support him,’ she added.

Yes, because politics is all about a single issue that affects between 0.3 – 0.6% of the American population.

After remaining silent for a moment, Caitlyn asked: ‘Are you done?’

‘What makes me mad is I supported you… so many of us supported you,’ Preston continued as she turned her attention to a friend.

‘We are complicit. It goes against the mission. How are we gonna fight if she’s giving money to the people who are destroying us.’

Uh-oh. Looks like Jenner got a visit from the ‘Thought Police’.

…Preston pressed on as she said: ‘As long as we continue to be the ones that are most impacted by the choices that you make… its not ok.’

Caitlyn replied as she walked away: ‘You don’t know me.’

‘Oh my god. Yes we do. You’re a f**king fraud and a fake,’ Preston called after her.

Preston posted the video hours later with a tagline that read: ‘Caitlyn Jenner is trash’

There is no pleasing these people.

Jenner has repeatedly called out the President and the GOP with regard to transgender policy.

Caitlyn Jenner has made it clear that s/he’s not happy with the Republican stance on transgender issues, and wants to be an ‘ambassador’ for the community to the GOP.

Now, I disagree with Jenner on this.

But the demand that Jenner disregard all other issues and fall in line into the leftist ideology is ridiculous.

Simply because he had his twigs and berries cut off and calls himself ‘Caitlyn’?

On the left, you have to tick each box to be called a Democrat.

Not so on the right.

And Bruce/Caitlyn Jenner is a prime example of this. 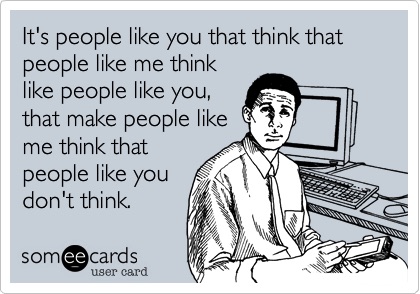 Wowza! There is an ecard for everything, isn’t there?