What, same-sex Marriage is ok, but she draws the line at same-sex Divorce?

This ‘blows a hole’ in the ‘violence of the patriarchy’ narrative. (If you’ll pardon the expression.)

Laura Bluestein 28, of New Jersey was arrested for shooting her wife, Felicia Dormans in the face, killing her only a year after they were married. 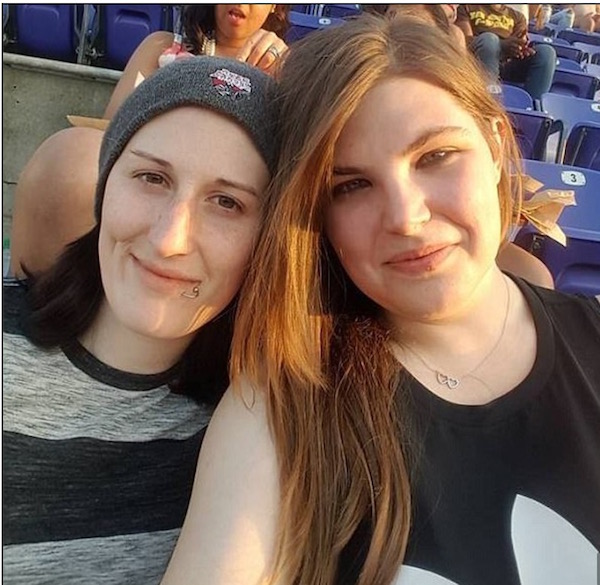 That’s Laura on the left, and Felicia on the right.

It’s the kind of end to a relationship that seems unthinkable.

And in light of the constant shaming of men as inherently violent, and the source of most conflict — whether in relationships or in government — you might be led to think such violence never occurs in lesbian relationships.

But the conclusions of another study this year by the Northwestern University Feinberg School of Medicine in Chicago – a review of data from four earlier studies, involving 30,000 participants – go further.
“One of our startling findings was that rates of domestic violence among same-sex couples is pretty consistently higher than for opposite sex couples,” says Richard Carroll, a psychologist and co-author of the report. — BBC

Social media offered no clues about what could have triggered such a violent reaction. In fact, they appeared quite happy together on their respective timelines, and they had gone on a beach vacation not long before.

Something changed. Something drastic enough that Laura was charged with Felicia’s murder.

She has been charged with murder, weapons possession and tampering with evidence. She was booked into the Burlington County Jail and was set to make her first court appearance Monday afternoon.-DailyMail

There has been nothing said about whose gun was used, but it was reported that Laura has a criminal record from 2012 and 2014.