Just imagine how many ‘mean’ things were said about them!

Who will find this upsetting?

Did you know that if you’re trying to lose weight you’re not ‘body positive’? 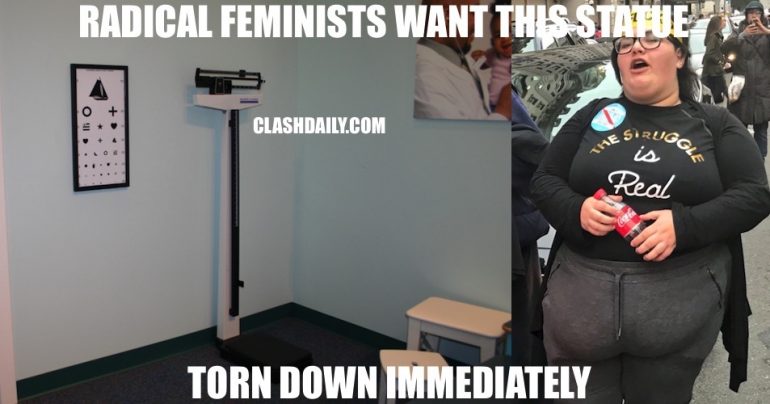 You don’t need a scale.

Here are the things that the RadFems think that are not ‘Body Positive’:

‘You Do You and I’ll Do Me’ is unacceptable.

You need to make everyone feel accepted in whatever skin they’re in — and you’d better not want to live a healthier lifestyle or dare suggest someone else do that, either. Anyone that’s ‘body positive’ has to be all-in, or you’re out.

It’s wrong to discuss the steps you’re taking towards your own health by losing weight and exercising, you hater! If you were really ‘body positive’, you’d be happy that you’re a land-whale with multiple preventable health problems, choleseterol in the quadruple digits, a BMI higher than your IQ, and only use a weigh-in station off the Interstate to determine your weight in metric tons.

2. Not thinking about ‘intersectionality’.

Radical feminists ‘fight the patriarchy’ because women are exactly the same as men. But, they’re also totes kewl with an ideology that says that gender is fluid and men and women have ‘different brains’.

If you’re ‘body positive’, you’ve got to keep that dichotomy in mind at all times, and somehow rationalize it.

Sure, you’ve got some addicts selling their bodies for drugs, some women and young girls are trafficked and/or under the thumb of a pimp (often male), or they are blackmailed into prostitution, BUT a tiny, itty bitty handful are doing it for ’empowerment’.

Remember, prostitutes are people, too! And it’s wrong to denounce ‘sex work’ as oppressive, degrading, and a way in which women are objectified.

Where do these people come from?

Sorry, but I think it’s wrong to normalize unhealthy lifestyles because of people’s feelings.

Do we not denounce drug use because of ‘feelings’?

How about pedophilia? They’re people too, right?

Where does it end?

As a society, cigarette smoking is down because it’s been made clear that there are definite health risks with smoking.

There are health risks to obesity. That’s just a fact.

We’re not saying that all women need to be supermodel-thin, but it’s best if you’re perhaps not gasping for breath when you climb halfway up a flight of stairs.

Besides, it’s not fat-shaming if there is no shame.

And obviously some people aren’t able to feel shame.

You’d think they’d be concerned about the real risks to the unhealthy lifestyles. Heart problems, Diabetes, joint problems — the list goes on.