The radical leftists aren’t all sunshine and lollipops like the Media (D) makes them out to be. You’re not going to get this on CNN.

The left has gone all googly-eyes over Antifa — a radical group of anarchists — and it’s so bizarre.

These are not people willing to discuss ideas, they’re thugs that want to bully people into submission.

To be clear, there were 40,000 or so protesters that showed up in Boston to denounce the ‘Free Speech Rally’. (There were about 300 that attempted to attend, but only about 50 made it all the way to the bandstand.)

ClashDaily isn’t saying that all the people there were like this, but there is certainly a growing faction of violent activists on the left.

We’re certain that many of these people were good people just wanting to protest what they thought was going to be white supremacist B.S., after all, that’s how the Media (D) was spinning this rally. Forget the fact that the organizers vocally distanced themselves from any sort of neo-Nazi or white supremacist association and told them that they weren’t welcome at their free speech rally.

There are rumors that a KKK chapter will plan to attend the free speech rally this Saturday uninvited. We remind…

By the way, the triggering ‘logo’ of the Boston Free Speech rally isn’t a logo at all — it’s a line drawing of the aerial view of Boston Commons. 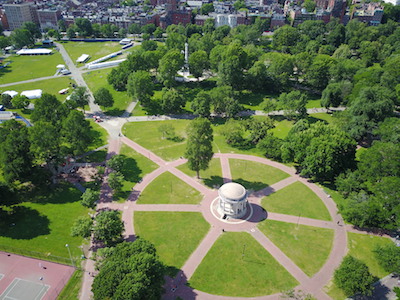 These are the antifa thugs that CNN reported as ‘seeking peace through violence’.

On Saturday during the ‘mostly peaceful’ Free Speech rally in Boston, an elderly woman was waving an American flag.

Watch the interview by the citizen journalists:

But that’s not all, there were many instances of the ‘alt-left’ harassing patriots.

Watch how quickly it descends into chaos when this guy says nothing but wears a MAGA hat:

Anyone on the right side of Lenin was a target:

Check out some of these ‘peaceful protesters’ on the left. 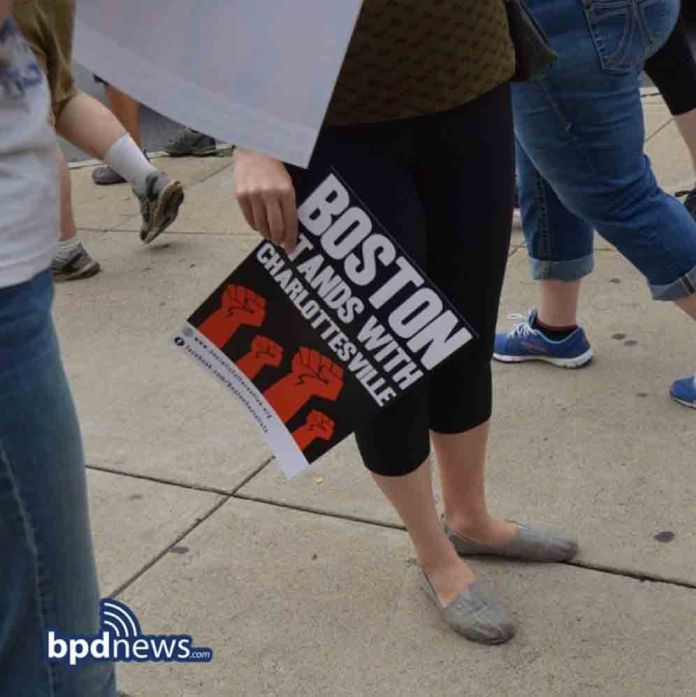 Death threats aren’t covered by ‘free speech’, by the way. 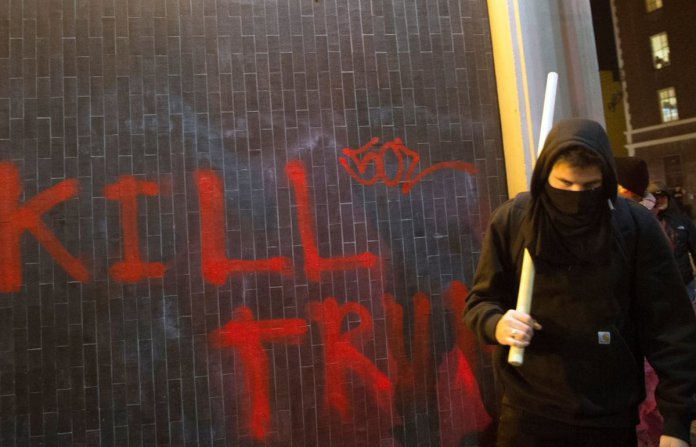 I guess this dude is ironically ‘Pro-Censorship’: 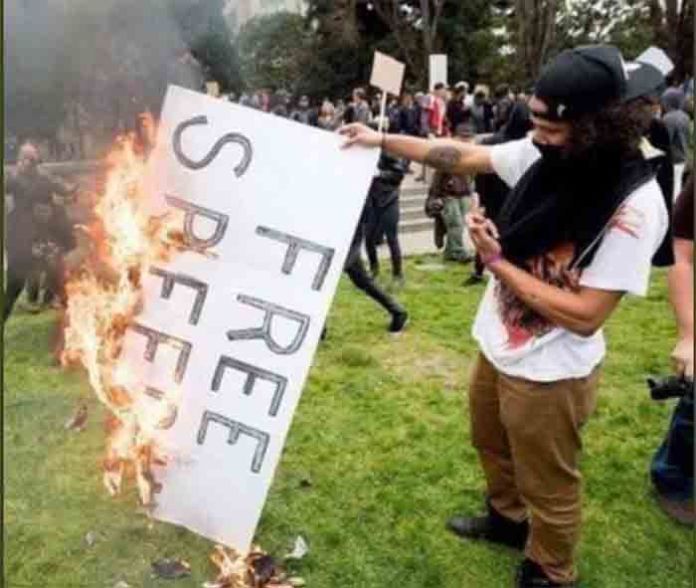 Here they are — the classy leftists.  No hate there: 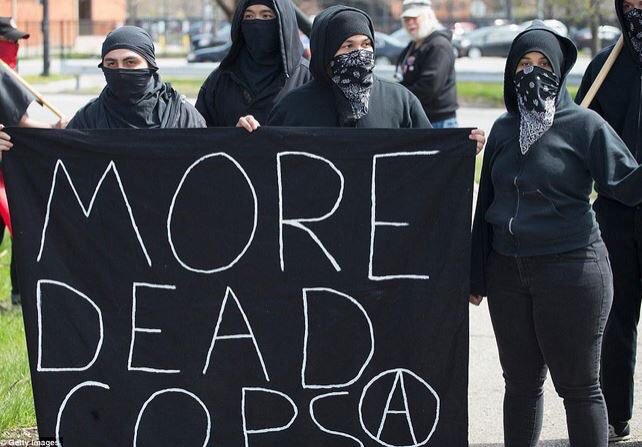 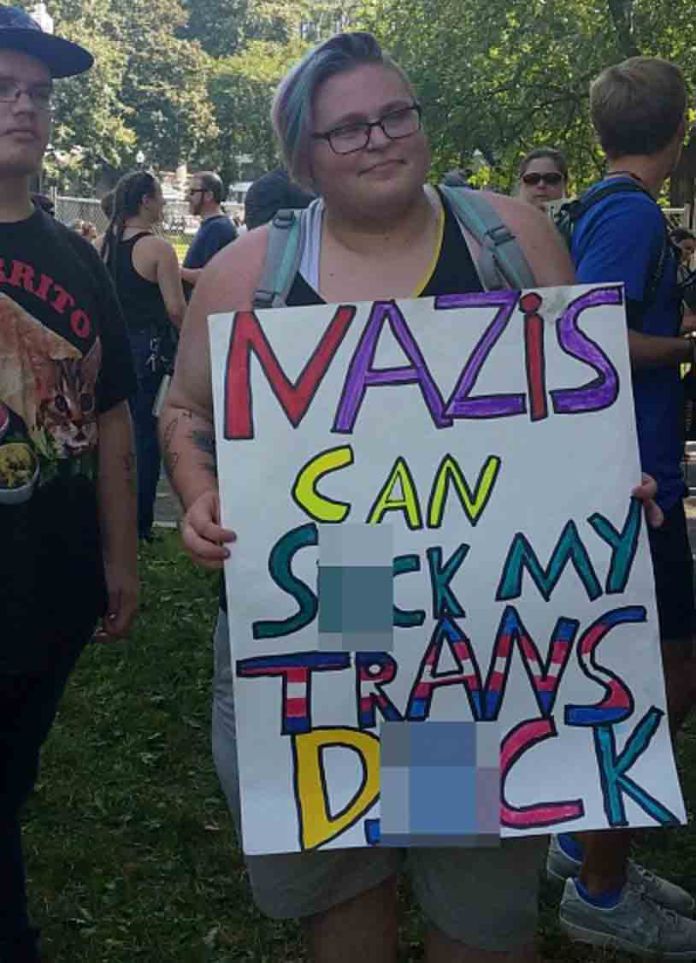 In one instance, a MAGA hat was burned by an angry crowd, because God forbid you actually support President Trump and any portion of his agenda.

Wow.Protestors surround two men in Trump gear and scream profanities, tell them to get the f*^% out of Boston. I asked one why he's here: pic.twitter.com/qRiTjhDXlj

Finally, here’s one bro that stood at the Free Speech Rally in Boston with a sign that said F*CK NAZIS and F*CK ANTIFA and DJTrump 2020. You know that’s going to trigger some people.

He gets surrounded by the alt-left and some of the ‘Resistance’ demanding that he stop holding his sign and they attempt to silence him.

But hey, at least one person gets it: 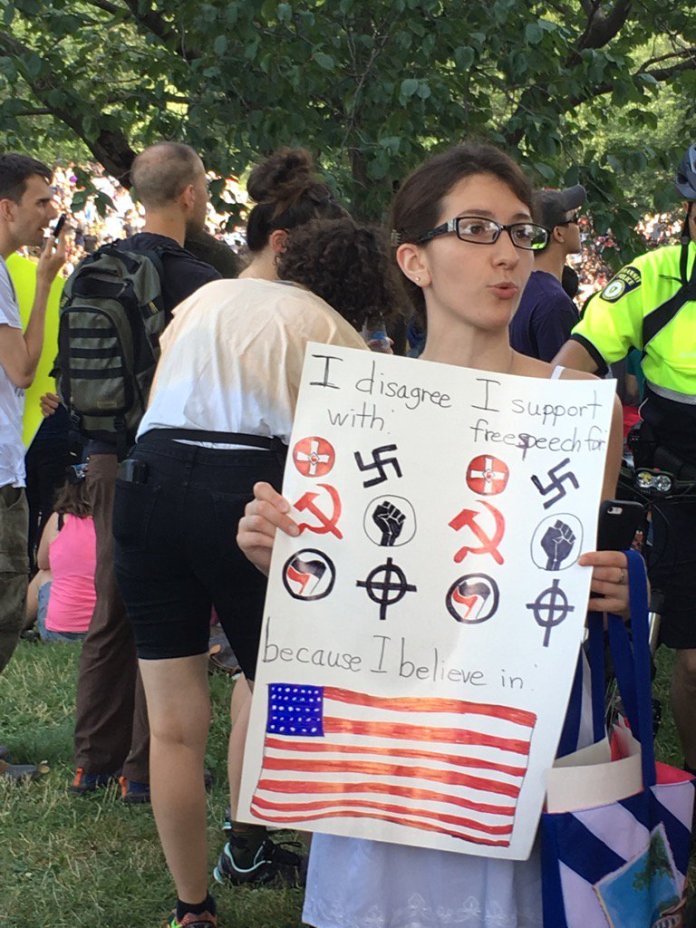 Exactly.  The right answer to disgusting speech is more speech denouncing it for what it is.