A bunch of NFL whiners refuse to stand for the national anthem because they want to protest ‘police brutality’ against blacks.

Is it any wonder, that this is the attitude of the NFL?

These are the same people that called Tim Tebow kneeling in prayer ‘polarizing’ but now a heap of players disrespecting the flag is ‘unifying’?

This ‘Take A Knee’ protest was rooted in the anti-cop beliefs of Colin Kaepernick and that’s apparently perfectly fine.

Mr. Pig Socks himself has been really upfront about it.

Are you really surprised that these players are jumping on Kaepernick’s anti-cop bandwagon?

The President has said that the NFL is taking a strange position.

If only Roger Goodell cared as much about domestic abuse and traumatic brain injury as he does about disrespecting America. #nfl

After all, just look at their off-season arrest record: 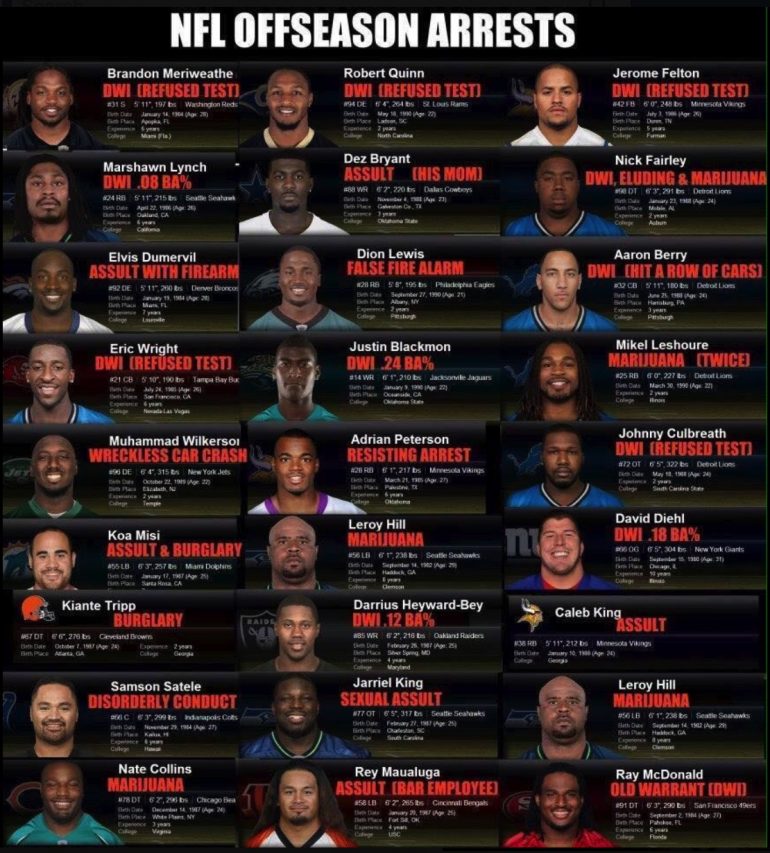 There are a bunch of criminals in the NFL and the league seems ok with that.

Frankly, they’re doing well right now — it’s been two and a half weeks since one of the NFL players has been arrested.

As Joseph Curl from the Daily Wire points out, it’s a veritable ‘Golden Age’ for the NFL.

There’s even a website NFLarrest.com is a database of arrest statistics of professional football players.

The , while the record without an arrest is slightly more than two months, at 65 days, according to NFLarrest.com, which “provides an interactive visualized database of National Football League player Arrests & Charges,” the site says.

These crimes are virtually ignored by teams that willingly draft thugs. The league seems to have a special appreciation for those who commit violence against women.

The NFL virtually embraces players who abuse women. Take this report in the Chicago Tribune: “In the first round [of the 2017 draft], the Oakland Raiders drafted Gareon Conley, who has been accused of rape. In the second round, the Cincinnati Bengals selected Joe Mixon, who in a much-viewed video punches a woman so hard that she falls down unconscious. In the sixth round, the Cleveland Browns selected Caleb Brantley, who was accused of doing pretty much what Mixon did.”
Source: Daily Wire

These are the ‘moral superiors’ that are preaching about police brutality.

Maybe there’s a reason that they don’t like police officers — they get arrested by them.

Remember, this whole ‘Take A Knee’ thing started because Colin Kaepernick wanted to make a statement about ‘systemic racism’ in American police forces.

Kaepernick says that there are ‘bodies in the streets’ and police officers are getting ‘paid leave’ as well as ‘getting away with murder’.

Here’s what he said back in August of 2016 when he was asked about why he sat on the bench during the anthem that first time.

“I am not going to stand up to show pride in a flag for a country that oppresses black people and people of color,” Kaepernick told NFL Media in an exclusive interview after the game. “To me, this is bigger than football and it would be selfish on my part to look the other way. There are bodies in the street and people getting paid leave and getting away with murder.”
Source: NFL

Funny, he’s not so concerned about the (overwhelmingly black) ‘bodies in the streets’ in Chicago that had a bloody year in 2016 with over 750 murders — many of them still unsolved.

The website Hey, Jackass chronicles the crime in Chicago and crunches the numbers. They illustrate the stats with helpful visuals.

Here’s what they found regarding race of victims and assailants: 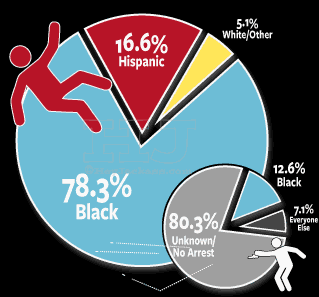 All of those unsolved crimes apparently mean less to Kaepernick and his ilk than the ‘systemic racism’ that is exhibited by a handful of incidents of police officers (some not even white) every single time a black person is shot — despite the circumstances.

Perhaps they should be protesting elsewhere — like inner city Chicago.

Maybe we could find out what their parole officers think of the situation. 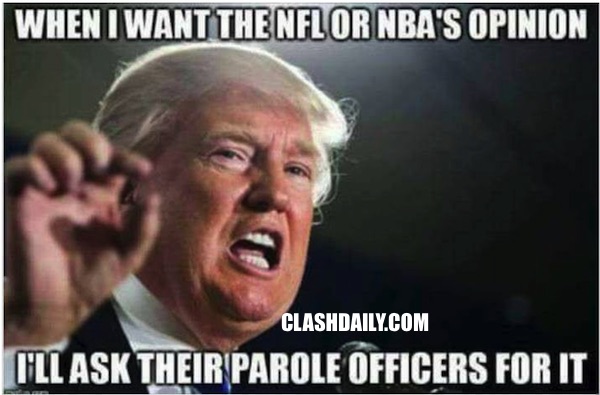 Doug Giles shares his astute insights on the ‘Take A Knee’ protest: