Safe spaces?
Aw, HELL no! Back in the day, that’s the LAST thing any of us wanted!

If you’re old enough to remember when being a kid meant riding your bike in the summer, with your curfew being ‘when it gets dark’, you will remember some of these awesome ‘dangerous pleasures’. (h/t ArtOfManliness)

Does anything quite compare with the anticipation of lighting, followed by the thrill of watching when it goes off?

Do you know that not everything that gets put together comes out of a ‘flatpack’ from Ikea?

Knowing how to hit a nail, properly, without tapping it 200 times, bending it in half or flattening your thumb is an important life skill. Let kids learn how while they’re young, so they don’t have to embarrass themselves with ‘Hashtag Adulting’ the first time they need to hang a picture on the wall,

Stick Your Arm Out a Car Window

Because it’s fun. Fun that gives you a ‘hands-on’ physics lesson in aerodynamics, resistance, lift, drag. As long as you’re not trying to learn Braille at 55MPH, relax… your arm will be fine.

Jump Off a Cliff

(Preferably into water.)
If kids learn to manage risks early on, they won’t be paralyzed by the fear of them later.

Use a Bow and Arrow

(Or better still, build your own.) Marksmanship isn’t just about shooting. It’s about a steady hand, judging distance, and understanding variables like wind, and gravity well enough to compensate for them.

Cook a Meal
Because you’ll want options besides Ramen Noodle and take-out when you’re out on your own. The sooner they learn, the better they’ll get.

If we need to explain why this is awesome, you’ve been indoors too long. Just go and try it. You’ll thank us later.

Lions do it. Wolves do it. We should too. It’s Science!

Sledding
If you have snow where you are, don’t let it go to waste. And high-speed wipeouts just make it all the more awesome!

I was 5 the first time dad put me on his lap and steer a moving vehicle. And most of my farm kid friends were driving the farm vehicles before they turned 10. 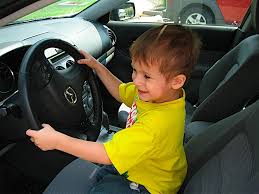 If you’ve got somewhere safe to let them learn, like my dad did and see what’s involved, go for it!

Then again, how about if you want a safe way to let them drive independently, even before they’re street legal?

There’s always the go-kart tracks, where some of those go-karts can hit speeds that can still make the grown-ups sweat. 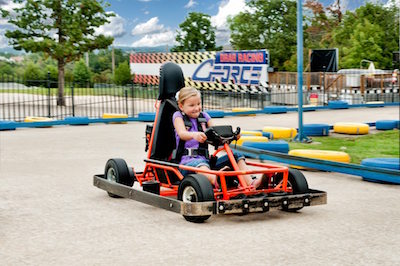 Burn Things With a Magnifying Glass

A useful skill, and a lot of fun.
(Just make sure they’re not starting fires on school property. School officials get real twitchy about ‘insurance’ issues and such.)

Walk or Ride a Bike to School

Exercise is important for success in school. (Look what happened with the school that tripled their recess!)

Shoot a Gun, Stand on the Roof (one of my personal favorites), Squash a Penny on a Railroad Track, Sword Fight With Sticks, Shoot a Slingshot, Explore a Construction Site (another favorite, and demolished/burned down buildings were fun, too), Use a Pocket Knife (now in some places there’s a minimum age to even buy one!), and Ride Your Bike Off a Ramp. 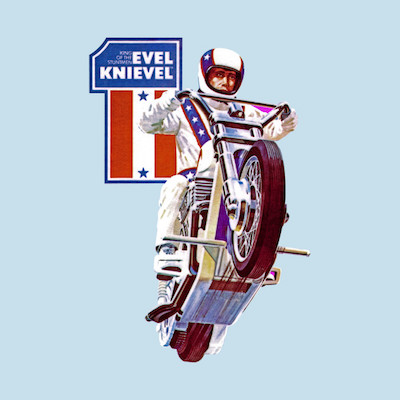 (The number of times we all ‘should have died’ doing dumb stuff on our bike is past counting. But, somehow, we lived through it all!),

Don’t forget Climb a Rope (how many people can still do that?), explore a tunnel, or Make a Fire (that magnifying glass is only one way. It’s also important to know the basics of how to go from a single flame to a sustainable fire.)

The list keeps going and going chock-full of memories of what made childhood awesome!

Did our list miss any? Name them in the comments.

Better still, drop a picture in the comments to let the poor kids suffering under today’s ‘structured play’ programs what they’re missing out on.