The question is, will Barbie still be allowed to drive her own car?

In March, ClashDaily reported on a few Social Justice Warriors that were making hijabs for dolls including Barbie.

At the time, we said that this was ridiculous.

On Monday, Mattel announced that they would be honoring hijab-wearing Olympic fencer, Ibtihaj Muhammed, a fierce critic of President Trump.

Check out the ironic ‘unveiling’: 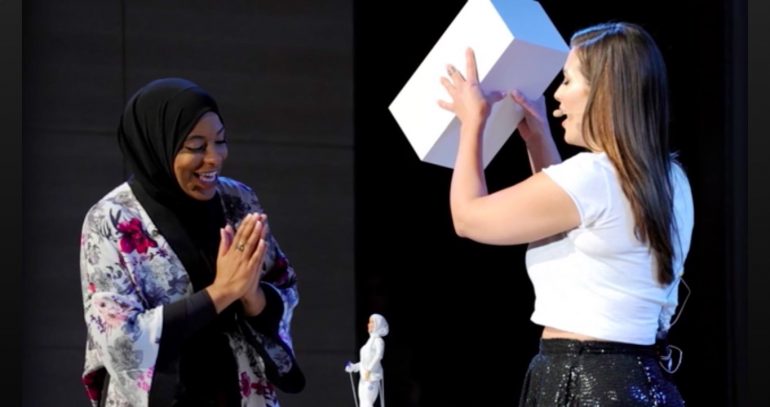 Look at that!  Our original statement has aged well.

What kind of a world do we live in where we celebrate a symbol of oppression? 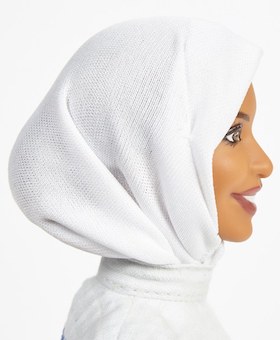 What are we teaching our girls?

Be who you want to be!

Wear what people tell you so that you don’t get raped because your hair is pretty and drives men mad with lust.

We are so excited to honor @IbtihajMuhammad with a one-of-a-kind #Barbie doll! Ibtihaj continues to inspire women and girls everywhere to break boundaries. ???? #Shero #YouCanBeAnything #GlamourWOTY

Thank you @Mattel for announcing me as the newest member of the @Barbie #Shero family! I’m proud to know that little girls everywhere can now play with a Barbie who chooses to wear hijab! This is a childhood dream come true ???????? #shero pic.twitter.com/py7nbtb2KD 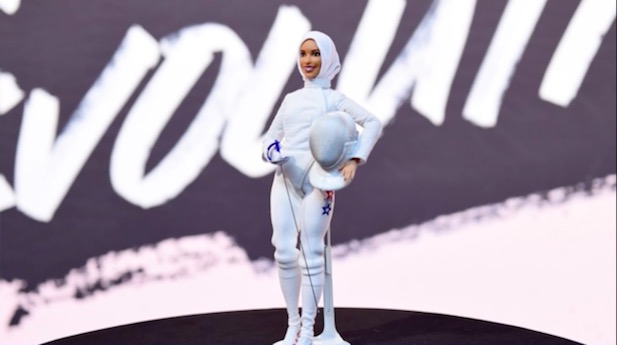 Muhammed penned  an open letter to President Trump critiquing his policies and his ‘divisive’ language.

Here she is wearing a MAGA hijab and opposing then-candidate Trump:

Help #MakeAmericaGreatAgain! Trump wants Muslims to report, so let's all report straight to the polls! Hate is no match for us #RocktheVote pic.twitter.com/9WjQlzyydA

Of course, you’ll hear from the women that wear the hijab that they ‘choose’ to do so.

Yes, of course they do.

They are taught that their ‘modesty’ keeps them safe from the rape-y nature of men. If Europe is any indicator, then it’s the Islamic men that need some teaching, not the women needing to cover themselves.

Let’s introduce a little concept called ‘self-control’. We Christians understand that as it is a repeated phrase in the New Testament indicative of a ‘changed life’ and is listed in the book of Galatians as one of the ‘Fruit of the Spirit’.

But the forced-veiling of women, and the brainwashing of women to want to be veiled is antithetical to Biblical freedoms.

Women are not seen as equal in Islam as they are in Christianity.

To put it succinctly, ‘It just ain’t American!‘

These brave Iranian women are taking their protest of the hijab laws to the streets and facing arrest and hate.

Those women are worthy of a Barbie in their likeness.

They’re fighting the corrosive and oppressive ideology that intersects with ISIS on this point.

And you know what we think of ISIS.