Here we go again. More women are being accused of racism for singing along to a song.

Remember the sorority girls that were called out for singing along to Kanye West’s song ‘Gold Digger’?

Apparently, there are songs you just can’t sing along to unless you’re white.

Or should I say non-black?

Because there were other races there, too.

Victoria’s Secret has been criticized in the past for not being ‘diverse’ enough in the representation of various ethnic groups in their models.  In the past few years, however, they have been adjusting their model casting to reflect many different groups.  Pop Sugar reported that the 2017 show was ‘the most inclusive ever’ with 55 models representing 20 countries with over half of them being women of color.

So, these were the woman singing along to the crap Cardi B song.

A group of Victoria’s Secret Fashion Show models have been slammed after a video emerged appearing to show several of the young women saying the N-word while singing along to rapper Cardi B’s hit song ‘Bodak Yellow.’

The short clip shows several models, most of whom appear to be white, dancing around in their custom made robes backstage before the show in Shanghai to the chart topping song and rap the lyric: ‘I don’t wanna choose / And I’m quick, cut a n***a off, so don’t get comfortable.’

You know that the outrage-mongers are out in force.

They’re going to complain about all the ‘white women’ singing along to the ‘n-word’.

I’ll say this a million times:

If you don’t want people saying the word, don’t put it in your song.

At the time of writing, the video only had a handful of comments, but this one stuck out:

It’s interesting to note that the Grammy Awards were criticized for being ‘so white’ last year and this year they are being ‘dominated’ by people of color.

So, essentially, this is the music that is being listened to and loved everywhere.

As a matter of fact, Cardi B has been nominated for two Grammys for this particular song — one for Best Rap Song, and another for Best Rap Performance.

These models are being criticized for singing along to a song that has been nominated for a Grammy as the Best Rap song of the year.

Unlike some ‘news’ outlets, we actually do something called research here, and it means that we have to subject ourselves to the baseness of society so that you don’t have to.  If you feel so inclined and are in a particularly masochistic mood, you can subject yourself to the song with the lyrics here.  Alternatively, you can just read them here.

(LANGUAGE WARNING on all of the video links below.)

For those of you with sense and good taste to not click those links, that song is essentially an ode to prostitution.  She’ll do whatever with whomever — even stealing guys from other girls — so that she can get some sex-crazed dupe to buy her Yves St. Laurent swag and Christain Louboutin shoes.

UPDATE: After a discussion with my teen son (amid much eye-rolling and one muttering of ‘Gee, Mom, you’re old’) and a quick search on the Google machine, it seems that I’ve mischaracterized the lyrics and I was overly optimistic in my view — it’s much worse than I thought.

You see, Cardi B is singing that she’s not trying to get things from men (anymore), but rather, that she can use them and toss them away as she pleases because she doesn’t have to be a stripper relying on them to put money in her g-string. She has her own money that she makes with her music.

She openly mocks the women that ‘oppose’ her and flaunts her affiliation with the Bloods gang. Seriously.

So, she’s flipped the script and she can be the Weinstein in the bathrobe, or the Matt Lauer with the door-locking button, or grabby Al Franken, or sex-crazed John Conyers because she makes the money on her own. And you know what those leftists that haven’t cracked a Bible open think the ‘Golden Rule’ is — ‘The one that has the gold makes the rules.’

That is Cardi B’s idea of success if you look at her lyrics in Bodak Yellow.

Cardi B is one of those ‘third wave’ feminists that embraces her sexuality in a way that that the lecherous misogynists willing to use women’s bodies for their own pleasure love.

My discussion with my teen was about stars like Cardi B and Li’l Kim as role models to young girls and even to these Victoria’s Secret models that already use their sex appeal for profit — albeit in a more tame way than Cardi B did.

He said something profound. Here it is (paraphrased) ‘This is nothing new. Your generation had bad role models. Don’t you realize that it’s a competition to see who can be the worst role model? Sure some people take them seriously, others don’t. Most people just laugh at them.’

But I do know that there is a problem with the way modern society views women and it’s partly due to ‘feminists’ like Cardi B.

If that weren’t so, there wouldn’t be the ‘Reckoning’ that’s happening in Hollywood, Washington, and the Media (D).

But hey, she was a stripper and she ‘uses men’ to feel empowered.  She says she’s lost count of the number of men she’s slept with since she was 16.  She loves Li’l Kim’s sluttiness.  She speaks of feminism quite inarticulately here. 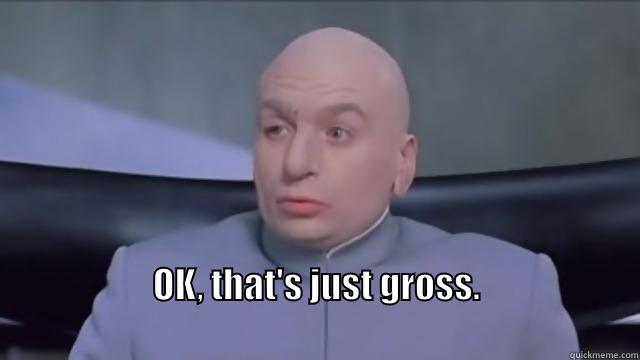 Cardi B — a real role model there, ladies and gents.

Personally, as a female Editor at ClashDaily, I’m disgusted that these women are singing this backstage in the age of Weinstein.  Doesn’t that just put more women in compromising positions if powerful men feel like preying on them?

But then, this is our culture now.

It’s time to fix this mess, and that’s going to take some chutzpah.