With nobody showing up even for the BIG games, Goodell is focussed on more important things, like building crazy perks into his own new contract.

Leadership like his, where have we seen it last? Maybe Neville Chamberlain?

Or would you rather compare him to Nero fiddling while Rome burned?

What kind of judgment and leadership has Goodell been demonstrating?

Well, he’s taken NEITHER side on the anthem issue, with the predictable consequence of angering people on both sides of the issue.

But while ten weeks in, stadiums are only about half-filled, even for big rivalries like the Green Bay and Chicago, Goodell is busy trying to line his own pockets.

Because a multi-millionaire shouldn’t have to cover his own health care expenses, amirite?

How do fans feel about Goodell’s list of demands, considering he’s not listening to yours?

Judging by all those empty seats, you’re not feeling appreciated at all.

The only thing you’d need to complete the picture is a tumbleweed or two to go rolling through them. 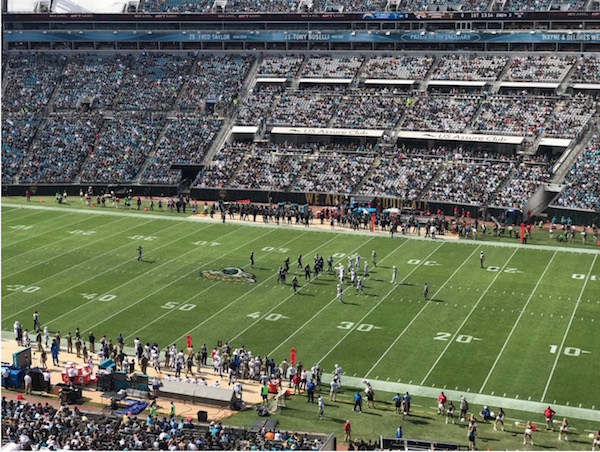 Even the bars are feeling the pinch.