Ok, So the Dems took Alabama. What now?

A ‘ruby-red’ state flipped and Dems took control. What are Democrats — the Media (D) — saying the implications will be ‘moving forward’.

In fact, we’re breaking down the following points as claimed by CNN.

1. The Senate is now in play in 2018
They will take this to mean that the endless anti-Trump drumbeat has begun to ‘pay off’, and — since they won in this Republican stronghold — it’s inevitable that they will begin to take more and more states.

Whatever your opinions might be — now that the GOP is down to 51 seats — there is NO margin of error in future elections. 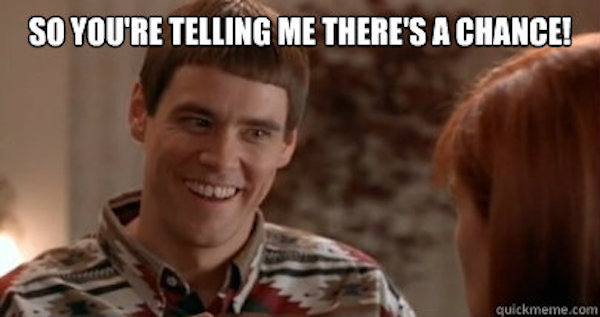 2. Donald Trump lost. Again.
Critics are going to find a way to hang this loss around Trump’s neck and make him own it.

Forget that Trump endorsed ‘the Other Republican’, that he only reluctantly called for support of Moore — and even then, he made it pretty clear he was doing so because they needed the vote, and opposed seeing the election of a Schumer puppet.

But none of that will matter — they’re already spinning this as ‘momentum’ and trying make the defeat Trump’s as much as Moore’s.

3. Mitch McConnell breathes a sigh of relief. (For now.)
The guy he backed would have won this race hands-down. But Steve Bannon must be licking his wounds after going all-in in support of Moore.

4. The Democratic base is fired up and ready to go

Well, that’s CNN’s claim, but we’ll see. They pointed to their favorite metric — minority voters — to build a case that they are just as stoked about the Dems as they were about ‘the First Black President’.

The Dems haven’t even figured out who or what they stand for post-Hillary. And the formula of race-baiting has not been working out for the Democrats the way it used to.

Let’s be honest. So far the Democrats are united in ‘hate’, not in purpose.

5. Candidates and campaigns matter
We’re at the point where party strongholds can’t just count on the force of their brand to carry the win in the region anymore. Toxic candidates — at least, when a national spotlight as bright as this are shining down on them — are enough to cost a party even a ‘safe’ seat.

The close on the idea of having much to learn from. But the biggest lesson they need to learn is one that the Democrats in their current form simply cannot stomach — Jones did not run as an extreme leftist.

But as for the rest of the Democratic Party?

They are in an endless race to see who can pull the party to the extreme left the quickest. And until that changes, the Democrats will keep turning more moderate voters away.

It’s the party’s endless pull to the left that is ‘Red-Pilling’ ordinary people who would once have called themselves Democrats, increasingly you hear them say some version of the idea that “the party walked away from them, not the other way around”.