It wasn’t enough to ruin the NFL, liberals had to politicize ‘the Happiest Place On Earth’, too.

They just can’t help themselves, can they?

Anything they dislike must be shouted down. Because everything — everything — must be reduced to politics. What a ‘SAD!’ way to live. Is it any wonder they’re always so angry? 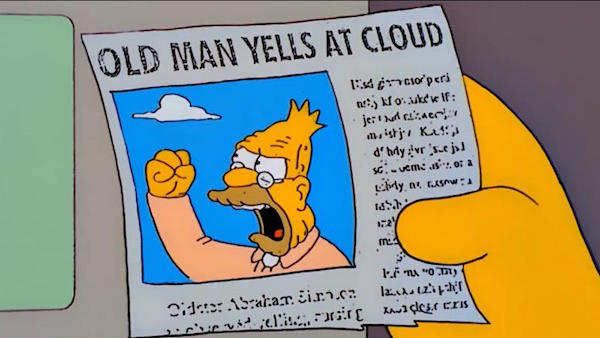 Ok, that sums the story up, well enough, but it doesn’t tell you what happened.

Remember how Disney unveiled the Trump addition to their ‘Hall Of Presidents’ exhibit?

The one that SOUNDS like Trump but has an uncanny resemblance to that ‘Other’ Candidate? You know, the shrill, annoying one that’s still wondering ‘what happened’? (If you haven’t seen the video yet, it’s included in the link.)

Well, it didn’t take long for someone to start protesting the robot.

Maybe nobody has explained that the Robot isn’t ACTUALLY the President, and can’t actually hear the protest?

I protested @realDonaldTrump at the #hallofpresidents cuz I'll never get this close in real life probs. #lockhimup pic.twitter.com/jKOQShIdz8

Thinking you have done something meaningful by protesting a robot is lame.

It’s the same pathetic thinking that creates a market for robot sex dolls.

Yelling at a robot is no more meaningful than buying a voodoo doll with his face on it from some hokey souvenir shop.

A reaction from the comments sums it up perfectly:

Disney World is a private park and has a set of guidelines and standards to ensure guests have a good experience. That video is disgusting and immature. Families trying to enjoy their vacations not listen to your friend’s ridiculous shouting. Yelling at an animatronic….yikes

This isn’t activism. It’s just obnoxious. It doesn’t move anyone toward political discourse or social change (if that’s what he wants) it is just making an unpleasant experience for the other guests who can be heard yelling at him to shut up.

Like so many other Leftist stunts — the scripted scream at the sky with more cameras than protesters for instance — it’s just performance art.

Mercilessly Heckles? That prissy little soy-boy voice? I’d love to know how they figure you score points at an inanimate object by yelling at it. Maybe instead of tearing statues down, they should have all gathered around and said mean things to them instead. #winning

Jay Malsky, an actor and comedian enjoying his 15 minutes for heckling the animatronic Donald Trump in Disney World’s Hall of Presidents, is speaking out.

In a statement to TheWrap, Malsky said that anyone upset by his decision to heckle the robot needed to “check their privilege.”
Source: The Wrap

By the way, we’re not offended by crap like this. Honestly, keep it up. We love it.

Stupid excesses like this are why people on your team keep defecting to our side. They call it being ‘red-pilled’. Look it up. The number of ex-leftists that are stepping out into the light now that they see your true colors is breathtaking.