The grinning taunt the he gave to the victim’s families will chill your blood.

Hey Liberals, is it also ‘racist’ to call THIS monster a ‘bad hombre’? Hmmmm?

On Friday, Sergio Jose Martinez, 31, was sentenced to 35 years in prison in a Portland courtroom after pleading guilty to kidnapping, sexual assault, sodomy and several other counts, KOIN reported.
Martinez smiled throughout the trial, and as he left, he gave one grim parting shot to his two victims’ relatives: ‘See all you guys in Hell.’
Source: DailyMail 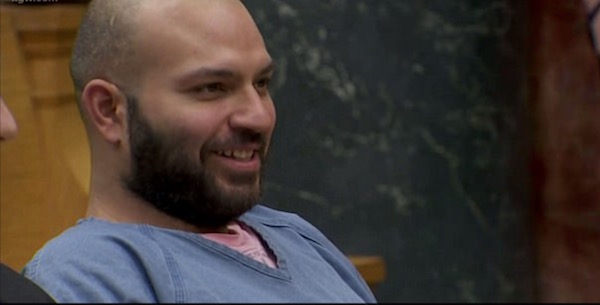 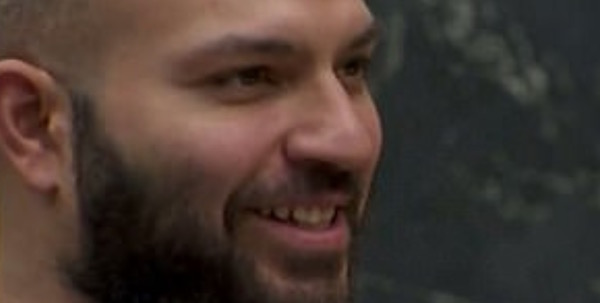 And it was hardly his first time through this process.

He should never have been in America in the first place.

He had been deported before… TWENTY TIMES before!

‘It would help our community to understand how he was held accountable by federal authorities for multiple, illegal re-entries’ Reese said.
US Attorney General Jeff Sessions highlighted Martinez’s case when he visited Oregon in September and urged local jurisdictions that don’t cooperate with federal immigration agents to reconsider those policies.
Source: DailyMail

These are the sorts of people that Sanctuary City advocates, border wall opponents, and are leaving us wide open to.

For anyone still defending the notion of ‘sanctuary cities’ like Portland, take another look at the horrors he put his victim through — she was a SENIOR CITIZEN, no less!!!

The first attack occurred early on the morning of July 24, when Martinez entered the Northeast Portland home of a 65-year-old woman through a window she had left open to cool the house.
Wielding a metal rod, Martinez told the woman to get down on the ground, where he bound and blindfolded her, threatened to murder her, and then sexually assaulted her, KGW reported.
He stole the woman’s purse and car; she called the police from a neighbor’s home, and they located the vehicle and put it under surveillance.
While they kept an eye on the car, however, Martinez was stalking his second victim in a parking garage on the corner of Northeast 21st Avenue and Northeast Halsey Street.
Source: DailyMail