Gee, do you think that joke title of ‘king’ maybe went to his head?

Lebron James, who has rightly earned his recognition as one of the biggest names ever to come along in the NBA, has some problems with boundaries. Specifically, he seems to think that his skill on the court should translate into a voice of authority off the Court.

When Laura Ingram said ‘shut up and dribble’ she was riffing off her book of a similar name.

We REALLY don’t CARE about your political opinion, Lebron. That’s not what made you famous. Don’t mistake your fame or your wealth for importance.

Ok. Let’s put it in terms that even a nearly-illiterate gazillionaire can understand.

Think that was too harsh? Then you haven’t seen this:

#education #LeBronJames #schooled If you're going to put it out there, at least be sure to check your grammar. pic.twitter.com/1jsfgFi4Yb

Using something that is barely identifiable as the English language to criticize people you disagree with as ‘uneducated’? That takes chutzpah.

If he thinks there is a connection between athletic ability and political authority, then it’s about to get really awkward for him. Here’s his hero, Barack.

Now while many of our readers would agree that his policies — both foreign and domestic — were at least as bad as his free throw shot, nobody really cares about a President’s athletic ability. 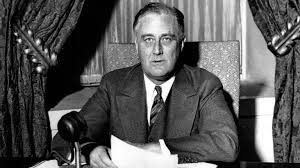 As in exactly like we don’t care about an athlete’s political opinion.

Maybe if ‘King’ James weren’t surrounded by sycophantic yes-men hanging off his every word, somebody could tell him that if he wants us to respect his political opinion, he’ll have to put in the time, like he did with his athletic ability.

If he’ll go build himself a point of view that’s informed and articulate enough that it COMMANDS respect, we won’t have to tell you to shut up and dribble.

That’s because you’ll finally have something to say worth listening to.