The man that was terrorizing Austin residents was killed after being confronted by police early this morning. Here’s the 411…

The suspect has been identified as 24-year old Mark Anthony Conditt.

Witnesses describe what they saw at the scene.

JUST IN: Witnesses describe what they saw and heard after the #AustinBombings suspect is dead. @fox7austin pic.twitter.com/AVXpvu230I

The bomber had distributed at least 6 bombs into the community in just 18 days, while Unabomber, Ted Kaczynski, had planted 16 bombs over a 17 year period.

The suspect in Austin had not previously been known to police.

CBS had released CCTV images of the suspect dropping off packages to a FedEx facility on Sunday evening. 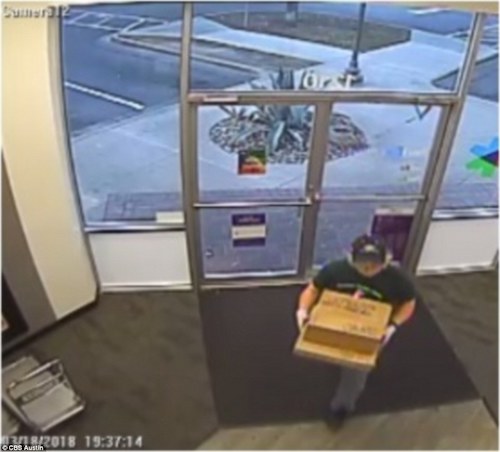 The bomber, a 24-year-old white male who lived locally, killed himself and injured an officer when he detonated a bomb inside his car as police surrounded him several miles north of the city around 3am.

Despite the death police have warned that more bombs could still be out there because they do not know where the bomber has been in the last 24 hours.

Two people were killed and six injured in a series of bombings that left Austin gripped in fear and stoked racial divisions in the city. 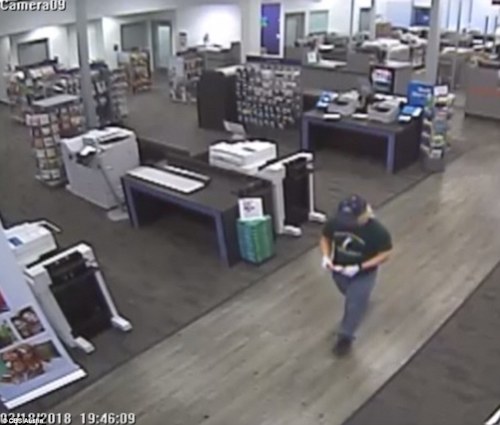 The motivation for the attacks remains unknown, but because the bombs seemed to target black and Hispanic neighborhoods, the Media (D) has reported that race has played a role in the attacks.

The first two victims were black and the third was Hispanic.

Authorities believe that the bomb that killed a 75-year old Hispanic woman may have been intended for a black family’s home, which is what has raised the concern that the attacks were racially motivated.

There have, however, been some victims that were white.

The bombs weren’t all detonated the same way, the one that injured two white men was detonated on Sunday and triggered by a tripwire.

The first incident occurred on March 2 when a package bomb exploded at a northeast Austin home, killing a 39-year-old Anthony Stephan House.

Two more package bombs then exploded further south on March 12. Draylen Mason, 17, was killed and his mother was wounded after they opened a package in their kitchen.

A 75-year-old Hispanic woman named by family as Esperanza Herrera was severely injured when a package bomb exploded at her home a few hours later.

On Sunday two men aged in their 20s were badly injured when they triggered a ‘near-invisible’ tripwire linked to another explosive device.

Another person was wounded at a FedEx facility when a package exploded while moving between conveyor belts.

AUSTIN BOMBING SUSPECT IS DEAD. Great job by law enforcement and all concerned!

When officers arrived the man he was sitting inside his vehicle so police called for backup in an attempt to bring him in peacefully.

As reinforcements were arriving the man attempted to drive away, forcing officers to confront him on a frontage road leading on to the I-35 highway.

As police approached the vehicle the man detonated a bomb, killing himself.

One officer fired shots at the vehicle, leading to initial reports that the bomber had been shot dead. The officer will be placed on leave per department protocol.