And Westerners laugh at tribal cultures that worship blocks of stone? How is this any better?

It wasn’t enough that her devotees had elevated her to ‘Queen’ in their minds, but now they are elevating her even higher.

Why would they do such a thing? Because she’s the personification of the poor and the marginalized. Naturally.

The Wednesday evening service is part of The Vine, a weekly contemporary gathering organized by Grace for San Francisco’s “urbanites and spiritual seekers.” The Beyoncé Mass promises to help attendees discover how the musician’s art “opens a window into the lives of the marginalized and forgotten ― particularly black females.”
Source: Huffpo

We don’t often quote Malcolm X around here, but, it fits so well… 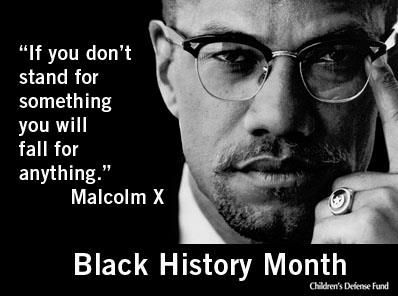 And so they have.

And unlike other apostates, they didn’t even have the good sense to abandon the institution. No. They had to hijack the institution into following their own DIY religion with ever-shifting goalposts.

Here’s a shot of their homepage.

Let’s remember just who this ‘religious icon’ they’re holding up as a model is.

She cares about the ‘little people’. But demands exclusive use of a hospital.

Mr. and Mrs. Carter restricted the movements of other parents and patients during their stay. One new father told The New York Post he made four attempts to visit his baby twins in the neonatal intensive care unit, only to be turned away because of Beyoncé’s unspecified VIP needs.
Source: EOnline

What do you think of reports claiming Beyonce is in labor and that she and Jay Z allegedly shut down the entire fifth floor of a Los Angeles hospital and even allegedly moved other patients out of the building?
Source: Inquisitor

(FYI, that IS the same hospital referenced in the birth certificate, after all.)

As far as her own role as a religious ‘thought leader’?

It’s been, to say it gently, a little ‘confused’.

In recent years, Beyoncé has begun making more explicit references to female spirituality in her music and in her public persona. During her Grammy performance last year, she incorporated imagery from African, Hindu and Roman goddesses.

In July, Beyoncé ignited Instagram with a portrait of her holding her newborn twins, draped in a veil and flowing robes. The image provoked comparisons to the Virgin Mary, who for centuries has been represented as a white woman in Western art. Beyoncé’s portrait challenged the association of Mary, often seen as the ideal feminine figure, with whiteness.

Her real religion these days seems to be a cult of race.

Doesn’t really fit with the Bible’s texts that break down divisions of class, race and gender into equality, does it?

But then again, since it’s been awhile since they’ve even looked to the Bible for any authority, should we really be surprised?