Don Lemon isn’t a journalist. He’s an apologist for the Democratic Party.

Lemon claims that the President is ‘waging war’ on his own Justice Department, which just goes to show you how ridiculous he is.

On Wednesday, Lemon invited former Trump advisor, Stephen Moore, onto his show to discuss just how horrendous the claims that the President has made are.  Moore attempted to clear things up, but he was attempting to reason with Don Lemon, so it didn’t go so well.

Moore says that Trump was upset that the Obama Justice Department had infiltrated the presidential campaign team.

Watch Don Lemon just not get it and deny that there is any evidence that spying on the Trump team had occurred:

Of course, Boot comes on as a ‘former’ Republican with such a horrendous case of Trump Derangement Syndrome that he can’t even see that there might be some ‘there’ there.

They both claim that there is ‘no evidence’ of any sort of infiltration into the Trump campaign.

This follows last week’s appearance by James Clapper, former Director of National Intelligence, that admits that the FBI did just that.

Clapper, CNN’s Intelligence Analyst said that the spying was a ‘good thing’.

Why would they hide that? 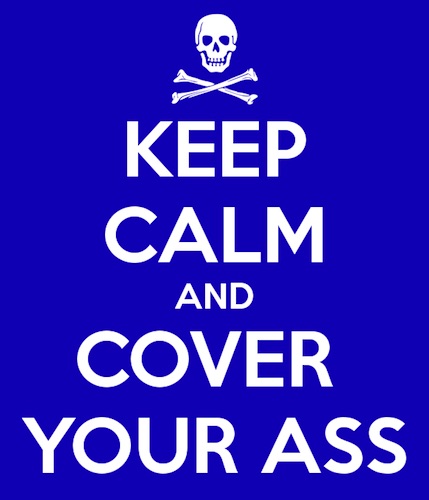 The inestimable Mark Steyn has a theory:

It was run at the highest (or deepest) Deep State levels by the likes of James Clapper and John Brennan, whose frantic and hysterical Tweets are like no utterances of any CIA director in history. That also explains one of the puzzling aspects of the last year that I’ve occasionally mentioned here and on TV and radio: If you were truly interested in an “independent” Special Counsel, why would you appoint Robert Mueller? He’s a lifetime insider and the most connected man in Washington – a longtime FBI Director, and Assistant Attorney-General and acting Deputy Attorney-General at the Department of Justice.

Steyn explains that the two investigations into the 2016 presidential candidates were completely different — the one against Hillary Clinton was a criminal investigation because there was evidence that she had committed criminal acts, and the investigation into the Trump campaign was a ‘counterintelligence investigation’ that, by its very nature, was to remain classified for ‘national security’ reasons.

Which is what they did [open up a counterintelligence investigation on the Trump campaign] – Brennan and Clapper and Comey and McCabe. They took tools designed to combat America’s foreign enemies and used them against their own citizens and their political opposition. It was an intentional subversion of the electoral process conducted at the highest level by agencies with almost unlimited power. And, if they get away with it, they will do it again, and again and again. That’s what Brennan’s telling us on Twitter, and Clapper on “The View”:

Yeah? So what? Whatcha gonna do about it?

‘We the people’ disagree.

Do You Think That Don Lemon Is The Most Clueless Host On CNN?